If you’re into the zombie survival trend, but don’t care much for the “zombies at a shopping mall” trope—which frankly, has been done to death—then get ready for a new twist on the idea. Nazi zombies! Okay sure, that’s been done in Call of Duty games, but has it ever been done in real life? Probably. Nazi scientists were crazy. But let’s talk about zombies, in real life, RIGHT NOW. Confused? Good. It will just add to your terror. The folks who brought us the Zombie Attack at the Mall experience have created a new WWII themed zombie experience called Zombie Blitz 1940. You and 14 other people will try to survive in tunnels beneath Waterloo where you stumble upon an insane medic who has figured out how to reanimate dead bodies. With your role set as a civilian seeking shelter from the 1940 blitz, you’re unarmed unlike in other zombie experiences. Sure, it sounds scary, but is it really any scarier than dealing with racist 12-year-olds on Xbox Live? 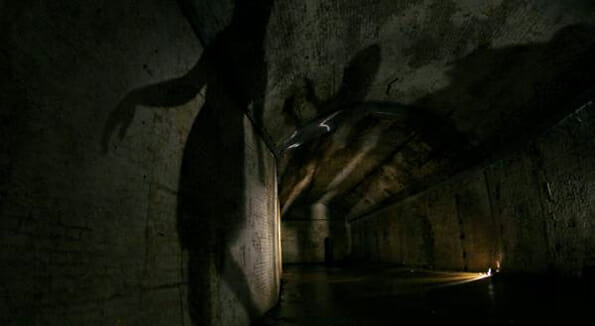