Palermo's Best Sights: What to See in the Capital of Sicily 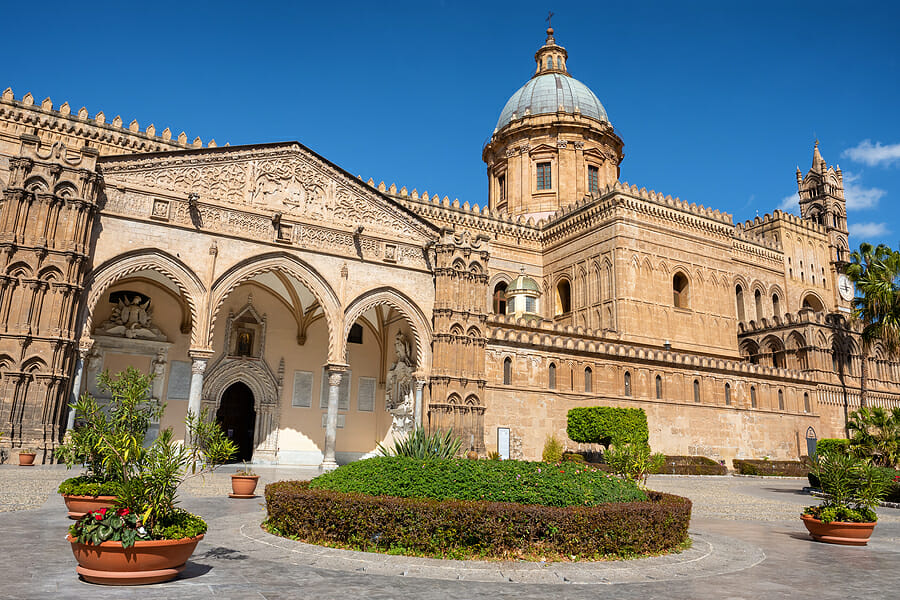 Palermo is a city that has everything for everyone. From its spectacular views to the food to the culture, Palermo is a place where you can take in all of these things and so much more!

The city of Palermo is like no other when it comes to sightseeing. The streets are lined with buildings that appear as if they are painted with fresh paint.

Some alleyways and archways lead to the most surprising places. It’s hard not to feel like you’re in a fairytale story when exploring this magical city! Many hidden corners provide the perfect escape from the hustle and bustle of city life.

So, let’s discover what are the best sights to see in the Capital of Sicily.

The Cappella Palatina is an example of beautiful religious architecture that has survived for nearly a thousand years and is the only remaining example of this type of architecture in all of Europe. Standing at over 9 meters high, the frescoed interior is quite the sight to behold. It was created by King Roger II in 1130 and is one of the most important monuments from Norman Classical Antiquity.

The Teatro Massimo in Palermo, Italy is the world’s third-largest opera theatre. It was built at the end of the 1800s by Giovan Battista Filippo Basile. The theatre has a big stage and can accommodate over 1,300 people. It has a sweeping staircase and elaborate decorations on its façade which make it an amazing building to visit.

The Teatro Massimo is one of the most beautiful buildings in Palermo. It’s no wonder that it attracted so many famous artists to perform and conduct there, like Pavarotti, Maria Callas and Joan Sutherland. The beautifully decorated façade with its impressive staircase make it one of Italy’s most recognizable opera theatres, not just outside but inside as well.

Palermo’s Catacombs of the Capuchin Monks is an underground ossuary, below the Church of Santa Maria della Concezione, that contains the skeletal remains of about 8000 individuals. It is believed to be the largest ossuary in the world and one of the most important cultural attractions in Sicily.

Palermo’s Catacombs of the Capuchin Monks are a place where you can witness death in all its glory. The catacombs contain not only bones but also skulls and other remains that are neatly arranged on shelves and accompanied by ornate decorations.

This underground cemetery was created by monks during their stay from 16th to 18th centuries. The monks would collect bones from cemeteries that were disturbed when a church was renovated and transferred them to this place so they could be more easily stored until the next time they were needed.

Want to know more about the best sights of Palermo? Visit the Select Sicily Villas link, where you can also discover the other best places to stay in Sicily.