We all know that dogs say “Woof woof” and cats say “Meow,” but those are American dogs and cats. What do they sound like in other parts of the world? Welll technically they sound exactly the same, but other countries have different interpretations of the sounds than we do. Apparently cats in Japan say “Nyaa,” dogs in China say “Wang wang,” and pigs in the Netherlands say “Knor knor.” Watch this video to see how people say animal sounds in French, Mandarin, Hindi, Dutch, Russian, Swahili, and more. It kind of makes you wonder why we even teach children animal sounds like they’re fact—they’re not that accurate. I mean, I never heard a dog ACTUALLY say “Woof woof” let along “Wang wang.” 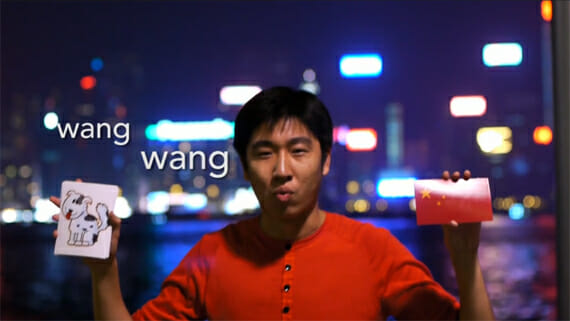