How the logos of famous sports clubs change over time 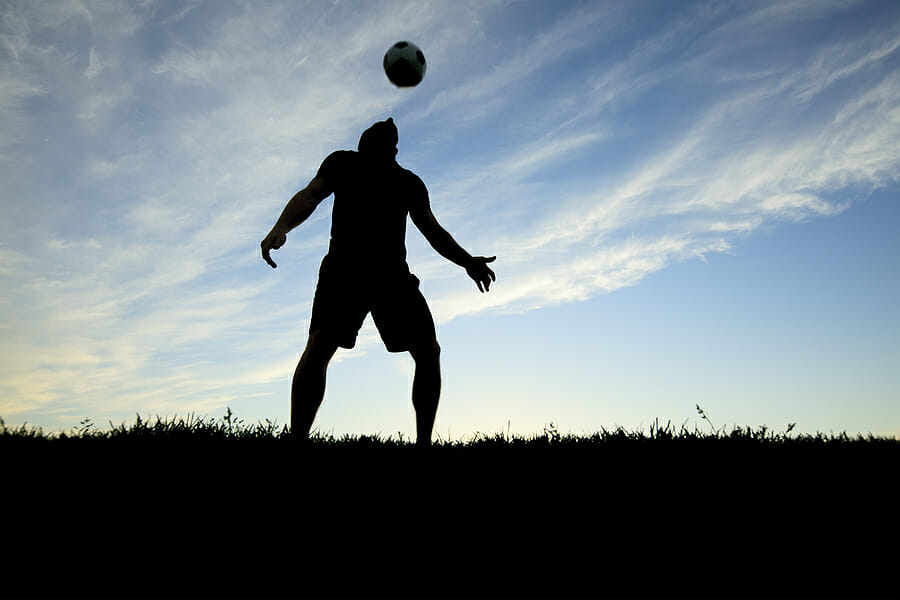 The Kansas City Chiefs, a local professional American football club serving in the Western Division, was founded in 1960. Today it is the only professional team in the state of Missouri.

Immediately after the creation of the club, the outline of the state of Texas and the yellow star symbolizing the city of Dallas could be seen on its logo, because the first years of its existence, the Kansas City Chiefs were based in Dallas.

The main logo of the club at that time was a bandit running with a pistol in his right hand and a ball in his left hand against the background of the state of Texas. After the club moved from Dallas to Kansas, its logo changed. The same running man, but no longer a flabby bandit, but an athletic leader with a naked torso. The pistol in his right hand gave way to a tomahawk.

Since 1972, the Kansas City Chiefs logo has undergone dramatic changes. Now it is a contoured arrowhead, inside which, on a white background, flaunts the letters “K” and “C”.

Interestingly, the team’s first mascot was a live horse named Warpaint. The animal was driven by a trained rider dressed as a North American Indian. Perhaps the love of athletes and team fans for their mascot was the impetus for changing the emblem. So, in 1963, the club’s logo was changed as soon as possible (the bandit was replaced by an Indian), and now the mascot and emblem were more closely related.

The support group of the club was organized in the year of its foundation, but at different times they were different teams. So, from the second half of the 80s to the beginning of the 90s, the composition was mixed, that is, there were also men in the support group. Since 1993, this has been done exclusively by girls, and the support group is known as the Chiefs Cheerleaders.

The Kansas City Chiefs changed their home stadium several times. First it was the Cotton Bowl in Dallas, then the Municipal Stadium. In the early 70s, the team moved to Arrowhead Stadium, which is home to this day. The arena accommodates over 76 thousand spectators, but it is not even included in the five most spacious stadiums in the league. However, Arrowhead Stadium is considered one of the noisiest stadiums around. It is not surprising that the noise level created by the fans at one of the matches in 2014 was so high that it even became a record, which was entered into the famous Guinness Book of Records.

Another sports team, West Ham United football team from East London, has an interesting history with the logo. Londoners are now on the rise. The game of the “hammers” has become more spectacular, and most importantly – more effective. Perhaps the impetus for this was the next change in the club logo. Now, on the emblem of the symbols, you can see only two golden intersecting hammers, symbolizing shipbuilding.

It all started back in 1895, when the club’s emblem was, in fact, the flag of Great Britain. Then the team still had a different name.

At first, the castle and hammers were depicted separately on the emblem. Their first merged image appeared not on the logo, but in a reference book published in the late 50s. The publication was dedicated to the return of the team to the 1st division (the highest league in England at that time). Since then, crossed hammers against the background of the fortress have appeared on the club’s emblem. The design has undergone some changes at different times, but the main concept has remained unchanged.

In 1995, in honor of the 100th anniversary of the club, two football players appeared against the background of the emblem, simultaneously hitting one ball. The stylization of the logo was focused on those distant times when football in England was just in its infancy.

In the 90s, with the advent of the English Premier League, West Ham’s emblem also changed. The pointed tops disappeared from the fortress and the number of cruciform loopholes decreased. Hammers have become more precise. The color of the fortress remained yellow, but the background changed from red to burgundy. Now the colors of the logo began to characterize the colors of the West Ham home kit as accurately as possible.

Before moving to the “Olympic” stadium, the management of the London club thought about changing the emblem. The goal of the designers was to make it more concise and solid in order to meet modern trends. This is how the modern logo came into being, and most of the team’s fans reacted positively to the change. There were no questions about the disappearance of the fortress, but many fans did not like the inscription “London” at the bottom of the logo.