The Billionaire Phase of Space Industry 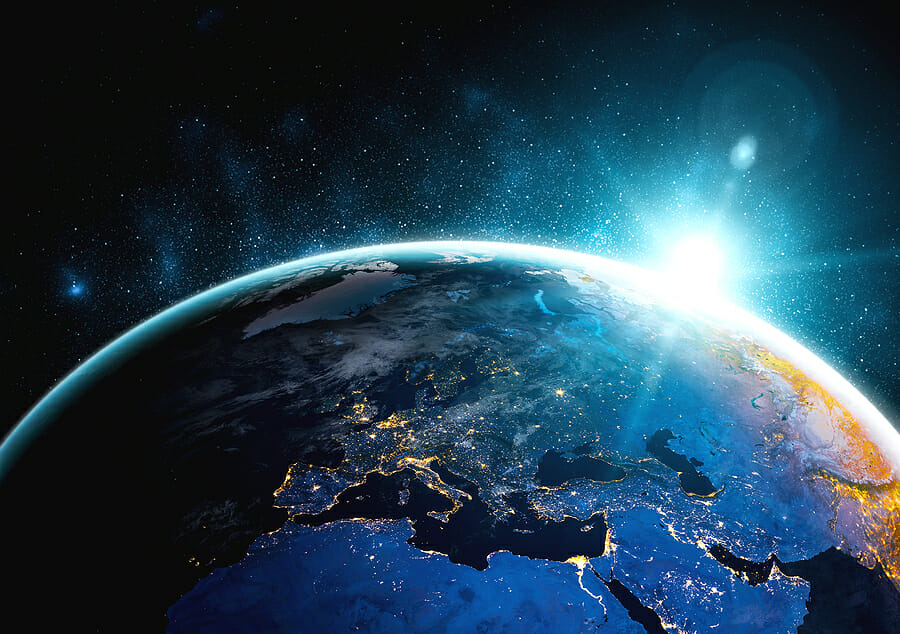 You might have heard the latest space news about Richard Branson and Jeff Bezos visiting space recently. Both billionaires, as they say, are fulfilling their biggest and lifelong dream to learn and experience space briefly. Bezos’s and Branson’s little visit to space proves that space is accessible, well right now not for people like you and me but millionaires and billionaires only.

The future of space tourism heats up among Branson, Bezos, and Musk. Elon Musk, Richard Branson, and Jeff Bezos’s ambition for space have been criticized since the beginning with a tag of ‘billionaires spending their money on dream projects’. People wonder “why are they wasting money on space when earth needs those funds to become better? There are causes and places where that money could be used better. America is struggling with a rapidly changing climate, poor healthcare facilities, vast wealth inequalities, and other issues, when compared with space tourism, make their projects look selfish to the public.

Normalizing space travel and opening up the universe to the public is a goal, trillion-dollar companies, and their billion-dollar backers have been chasing for years. But they still have to cover a great distance as it’s a long road to achieve that goal.

The purpose for why these billionaires are traveling to space isn’t limited to microgravity research, but a much further goal is to make space transportation and travel a normal thing, just like air travel.

That’s the vision billionaires like Jeff Bezos and Richard Branson are selling through these flashy space flights. According to them – once space travel becomes accessible to governmental astronauts, traveling to other planets or space can become a normal thing for everyone else.

Normalizing Space Travel Is Tough In The Beginning

Kathy Lueders, Human Spaceflight Chief of NASA, says – “that’s the dream, right? I think that’s what we all are trying to do…. What we all have been trying for years is to get so many space travelers that, at one point, the cost of space travel would go down, making it accessible to the rest of the public. And since it’s the beginning, it is tough.”

In the starting phase, traveling to space is accessible to only the ultra-rich people who can afford to invest in the expensive space technologies.

Virgin Galactic’s six-seater spacecraft (SpaceShipTwo) that Richard Branson used to travel into space, was not only used for the test missions. But that launch was also a precisely designed marketing event. Flashy promos, a pop concert, and inspirational speeches were used to attract more customers and attention to the event.

How Much Will It Cost To Travel To Space

For anyone who wants to experience Branson’s dream to visit space, they have to pay $250,000 for a single seat. And surprisingly 600 seats have already been booked, according to the company.

And right now, it is the cheapest price tag available in the market. Moreover, the cost of a seat on Bezos’s new spacecraft, Shepard rocket, could be comparatively higher.

In addition, if you wish to enter space for only a few days, 55 million dollars is the minimum amount you need to pay for a ride on the crew Dragon capsule of SpaceX. However, the price could be higher as SpaceX hasn’t officially confirmed the actual price.

Will The Price Of Space Travel Go Down In The Near Future?

While Bezos’s and Benson’s flights to orbit have created great opportunities for their outer space tourism businesses, yet space travel won’t be accessible to the rest of the population anytime soon. And it’s completely understandable why it’s not easy to get into space.

Spacecraft companies have to consider numerous things like – will their rockets be capable of carrying multiple humans without any issue? And suppose if there’s a problem, an accident, for example, will the company be able to handle damaged reputation?

And will ordinary people purchase tickets to space just like booking expensive flight tickets – instead of only the ultra-rich? Even if they have countered all these hurdles, there’s still one bouncer left to duck – public opinion. Public opinion is tough and challenging to win.

The perception of people about billionaires fulfilling their dream to visit space will always be there – as long as the space industry is depending upon funds from billionaires like Jeff Bezos, Elon Musk, and Richard Branson for building spacecraft for their business.

Here’s what Brian Weedon, Director at SWF (Secure World Foundation), says on this topic: “we have to deal with the fact that millionaires and billionaires are trying to boost their funds – is the public face of the space industry right now.”

Putting faces on industrials isn’t unusual and a new thing. Charles Lindbergh, who was the first pilot to fly alone, all across the Atlantic Ocean, helped commercial aviation in its early growth stages during the 1920s and 1930s. And he got more famous for doing so. Bill Gates and Steve Jobs did the same thing with computer desktops during the 20th century’s end.

Those industries too, have critics and doubters.  Anyone who sticks with its plan to do extraordinary things and become extraordinary was either considered a crazy or a fool – truthful words by American Admiral William A Moffett.

There Is A Large Learning Curve From Routine Operations To Development

Computers have become more widely used and less expensive. With the evolution of computers, people have found more new ways of using them as they became more accessible to the markets and wide range of consumers.

There is going to be a large learning curve as organizations dealing in computers and airplanes move forward from the phase of “developing a technology and testing it” to “operating it on routine.” There are high chances that the space industry might follow the same path as airplanes and computers. However, there is no guarantee of success. Because companies are unsure about the prices of space travel themselves.

Currently, whoever wants to visit space, must be super talented to get handpicked by billionaires to book a ride with those expensive rockets without paying a single penny. Donating seats and distributing tickets for free to space enthusiasts, like Virgin Galactic plans to do, is one of the ways for keeping alive the dream of affordable space travel normalized while the industry looks for the right methods to bring the prices down.

The competition in the space travel industry has just begun. Space aeronautic companies such as Elon Musk’s SpaceX and Jeff Bezos’ Blue Origin are trying to get into this industry and make their brand name. A Texas-based space company – Axon plans to arrange private rides on the Crew Dragon Capsules of SpaceX and also to build a private space station.

Moreover,  a new rocket by Rocket Lab is under development. It is a California-based company, planning to go public soon, is working on designing spacecraft to launch human beings to space in the near future. In addition, the starliner capsules of Boeing are being designed to carry private astronauts and space enthusiasts to space stations.

At the moment, there is no surety about which company will make it and which won’t. But one thing is for sure – the space tourism industry is in a phase where it is being controlled only by the funds of billionaires.