Eight Restomod Vintage Cars That Will Blow Your Mind 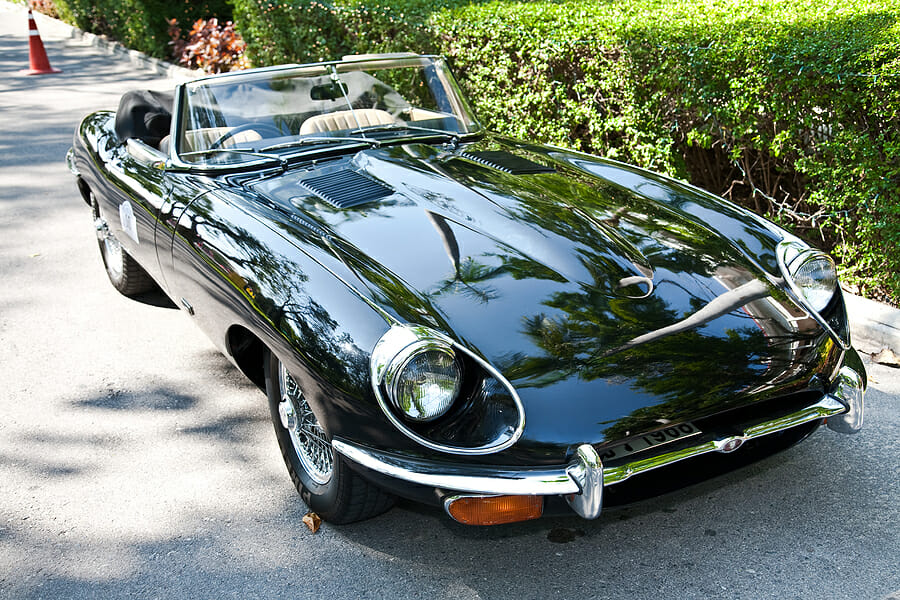 Restomods aren’t new to the market. For as long as people have been enamored by classics, they have tried to improve them. There’s a unique appeal in having a car with a classic, limited edition design with a modern engine.

What’s probably new to most people is that restomods are now a full-fledged sub-industry. Many car companies today dedicate themselves to restoring classic cars with modern fittings and standards. Many of the car choices for restomods are cars that have previously captured the imagination of people, but have also been discontinued by their parent companies.

Whether you’re showing it off to friends or driving it at rallies, these classics are attention magnets. They do cost a fair bit of money to own, as you’ll soon find out. However, for real car heads, no price is too much for the beauty and punch that these cars pack.

Where best to start than with America’s own bad boy – The Mustang GT. The 1966 edition of the Mustang was a smash hit with Americans, selling over 600,000 units. It was famous, as well, for being the last original Mustang Fastback design.

Revology, the makers of this restomod, is a well-known Ford Mustang restorer. They help Ford owners mod their cars to meet modern standards and also sell parts.

In this remake by Revology, the ’66 GT gets a more than decent upgrade with a Ford GEN 3 5.0 L Ti-VCT “Coyote” DOHC V8 engine rated at 460 dhp. Even more remarkable is the transmission system that comes fitted with both a six-speed manual and electronically controlled ten-speed automatic transmission.

The 2+2 comes with a 4.3A trickle that keeps the battery charged, even when the car isn’t driven for a long time. On the inside, you can expect to see hand-fitted leather fittings and wool carpeting. You get all of this and more for a modest price of $190,500 – inexpensive if you’re considering luxury cars. You can preview it here: https://revologycars.com/car/1966-mustang-gt-22-fastback/

The Porsche 959 is a popular car with racing enthusiasts. Originally designed as a sports car, it was made road-legal in 1999 with the passage of the Show or Display Law. This metal beauty only had 292 editions created before Porsche ended production. Rumor has it that Microsoft owner, Bill Gates, bought one thirteen years before it was legal.

What’s interesting about the remodeled Porsche 959?

Canepa, a famous car restomod aficionado in the US, has been making upgrades on the car since his first purchase in 1988 before it was legal. The current iteration, the 959C, has a 763 bhp engine, while the original had only 450 bhp.

The 959C also has a parallel turbo setup, titanium coilovers on its suspension, and an inch drop in height. Many other engine mods were made, e.g., ignition, plugs, clutch, etc. to improve the car’s handling.

While the car’s production stopped in 1993, we can only imagine that the 959C is what it would look like if Porsche had continued developing it.

Mechatronik GmbH is a German-based company that prides itself on remodeling exotic Mercedes cars. Their focus is typically restricted to the W111 and W113 series made in 1997. They help people remodel their cars, but make five completely new builds for sale yearly. They cost around $460,000.

The M-Coupe is one of their premium offerings. Made from the W-111, it combines the sleek body of 50’s Mercedes with modern driving technologies. The internal components of the car, including the engine, suspension, brakes drivetrain, and safety features such as ABS and ASR are all replaced to bring it to modern standards. The body is, however, left as is, bar slight modification like paint. The result of all that modification is a 639 bhp engine with four-speed automatic transmission – an absolute beast.

On the inside, you get hand-stitched, alligator trim leather, and analog dials remodeled to accept digital signals. It also comes with a modern air conditioning unit, LED lighting, and electrics.

Emory Motorsports is a well-known American car modifier that became popular for the Outlaw series, their modern take on Porsches. As expected, the Outlaw Transitional Speedster is one of their Porsche reinterpretations.

Made from a 356 SL released in 1959, this hunchback restomod screams class. It’s the ideal car for a minimalist. Open top, and with just two seats, it weighs in at under 850 kg and packs a 205 bhp engine. While it may not be a lot in terms of horsepower, it packs a punch for its size. This quaint, little car’s value at its unveiling, was around $400,000 and will only keep going up.

Not many people might have heard of Lancia Delta, a small family car produced by an Italian automobile company, Lancia. The company specializes in making small cars for people who have to deal with city life’s niftiness. However, from inception, the Lancia Delta Integrale was different. Its superb performance made it revered as one of the best rally cars of all time.

The Lancia Integrale had been out of production since 1994, but Automobili Amos’ redo of it makes you wonder if they should have stopped. The Futurista, as it’s now called, costs $350,000, and when you consider the work that went into it, you wouldn’t be surprised.

The mod starts with a widened aluminum body designed to handle harsher weather conditions, to a carbon fiber front end, bonnet, and rear panel. It weighs in at 1250 kg, 90 kg less than the original, and has a 330 bhp engine. On the inside, it has been given a retro touch, with modern Recaro seats and contemporary but old-school-style switchgear.

If you thought premium muscle cars were an American stronghold, the GTA-R 290 might change your mind. Remade from the 1965 Giulia GTA, this is an Alfa Romeo classic. It carries an essential Italian flair. Alfa Romeo launched the Giulia GTA as the first in the GT series in 1962. It has proven so popular with users that they relaunched a limited edition of it in 2020.

Alfaholics are an American mod company, and their interpretation of the Giulia GTA might be better than even the original producers envisioned. Originally a lithe car, they were able to reduce the weight to an even smaller 830 kg while packing a 240 bhp engine. The suspension has titanium wishbones and fasteners with double adjustable aluminum gas shock absorbers.

The body is well-fitted with carbon fiber doors, bonnet, and boot, making it almost rust-proof. On the inside, you get treated to leather trim Recaro seats and a modern sound and heat insulation system. It also has speed-sensitive, adjustable load electric power steering. All that and more are available for the tidy sum of $200,000.

Only the second American luxury car on the list, and you can guess who it’s from again. The Ford Mustang is regarded as the all-American car for good reasons. This mod by Equus Automotive transforms a 1967 Mustang Fastback into a made-for-film monster.

The Equus Automotive edition comes with an LS9 supercharged 6.2L engine equipped with 640 bhp at 6500 rpm. It weighs in at 3459 Ib and has a 6-speed rear-mounted dual-clutch.

Custom made from the ground up, the body is made of aluminum and lined internally with carbon fibers. The interior is made wholly with leather and totally fitted with modern equipment, giving it a comfortable feel that more than highlights Equus’ promise of timeless elegance.

Coming in last is the only British entry on the list. The Jaguar E-type was an era-defining car when it was first released in 1961. Its design helped spurred several industry-wide changes. It was a car so perfect that Enzo Ferrari himself described it as “the most beautiful car ever made,” and “more affordable and beautiful than any Ferrari ever made.”

What happens when you take a car with so many accolades and restomod it?

Jaguar is remodifying the E-type by converting it into an electric car as part of a move to future-proof classic vehicles. The new car is equipped with a 220 Kw drivetrain and 40 kWh battery, enabling it to cover a range of 270 km on a full charge. Jaguar is allowing E-type owners to sign up for this restomod for a cost of $390,000.

Restomods are here to stay. They give us an idea of what these classic cars might have looked or felt like if they had been kept in development. Much more than that, however, is the feeling of nostalgia and class that they convey. It’s impossible not to get futuristic vibes from the ultramodern inside paired with evergreen external aesthetics.