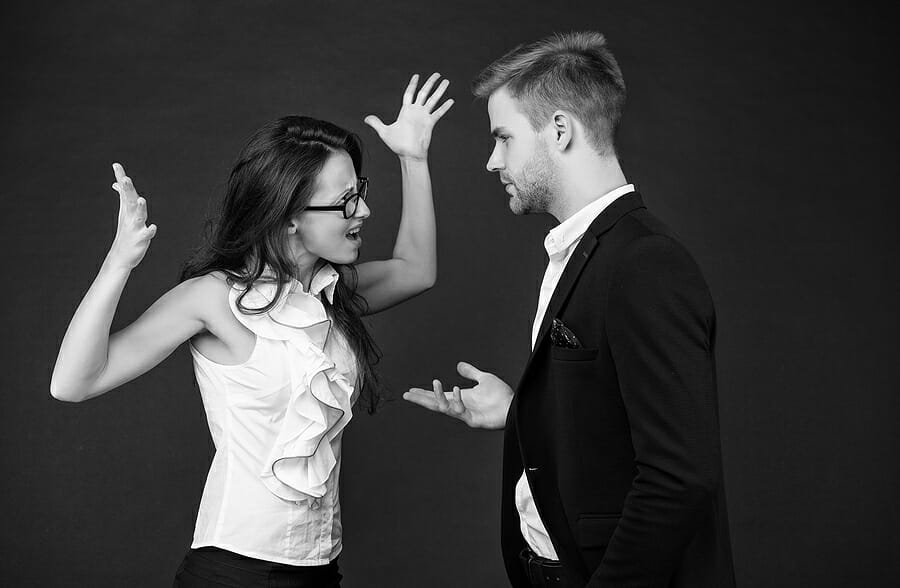 Conflict in business is unavoidable. It shows up in various forms and degrees of severity, but can it ever be productive? In this article, family-owned private oil and gas company Ferrari Energy explains the difference between productive and unproductive conflict and steps to avoid the latter.

To be clear, when we discuss conflict in business, we are not talking about violence of any kind, nor are we justifying any type of abuse. As it is used in the context of this article, conflict is a state of disagreement or disharmony between persons or ideas.

The conflict you are apt to see in business is in relationships and ideas. Let’s look at both of these and examine how they might end up being beneficial.

Conflicts between people are common. Sometimes employees don’t get along; other times, harmony between workers and management can be hard to find. Often it is between a company and its customers, vendors, partners, or competitors.

Harmony in relationships should always be the goal, but in some cases, conflict plays an integral part in the journey. Imagine an employee that lacks an understanding of why a particular task needs to be performed in a specific way. The employee may come to the erroneous conclusion that the boss is just a tyrant. It may take a heated discussion between the two of them for a proper understanding to be reached. It would have been preferable that the understanding be reached without discord, but this example facilitated a needed discussion.

Conflict between two companies vying for a larger share of the same market is also common in business. In this case, harmony is not necessarily the goal. The continuous conflict of two companies in competition creates an environment that usually benefits the customer. It keeps the companies competitive and striving to satisfy the customer’s demand. The companies also benefit because competition pushes them to excel and innovate.

Conflict between ideas is often the catalyst for innovation. If two engineers are given the same assignment to solve a business problem, the inherent competition may spur new ways of approaching the issue. Ideally, the two could collaborate and come up with the best solutions, but in reality, the conflict often keeps the combatants sharp.

So, in the end, how do you tell productive from unproductive conflict? By the results, of course. If the dispute is not resolved well, it is unproductive. If our employer and manager did not resolve their conflict but continued in opposition until one of them left the company, everyone would lose. It is the effective resolution that turned the tide from bad to good.

If our two engineers were so averse to conflict that they didn’t get creative to win, the designed competition would have failed to serve its purpose. Only their reaction to the conflict can create a positive result.

So, is conflict good? No, in a perfect world, we wouldn’t need conflict between people or ideas to create the best outcomes, but it’s not an ideal world. Hence, conflict, or competition, serves a valuable purpose if resolved beneficially.

To avoid unproductive conflict, begin with the question, can the desired outcome be achieved in harmony? If it can, that’s the best route. If the desired result depends on competition or some other form of conflict, construct an environment such that the resolution of the conflict benefits all possible participants.

Ferrari Energy is a family-owned private oil and gas company focused on mineral and leasehold acquisitions. Founded in Denver, CO, with a focus on educating landowners, Ferrari Energy has consistently served the needs of the landowner community in the basins in which it works. Its operation covers several areas throughout Colorado, Wyoming, Utah, and ND. Ferrari Energy has provided oil and gas leases to over 850 homeowners and held multiple lease signing events to accommodate the residents of Broomfield, Colorado.