How to Ash a Cigar 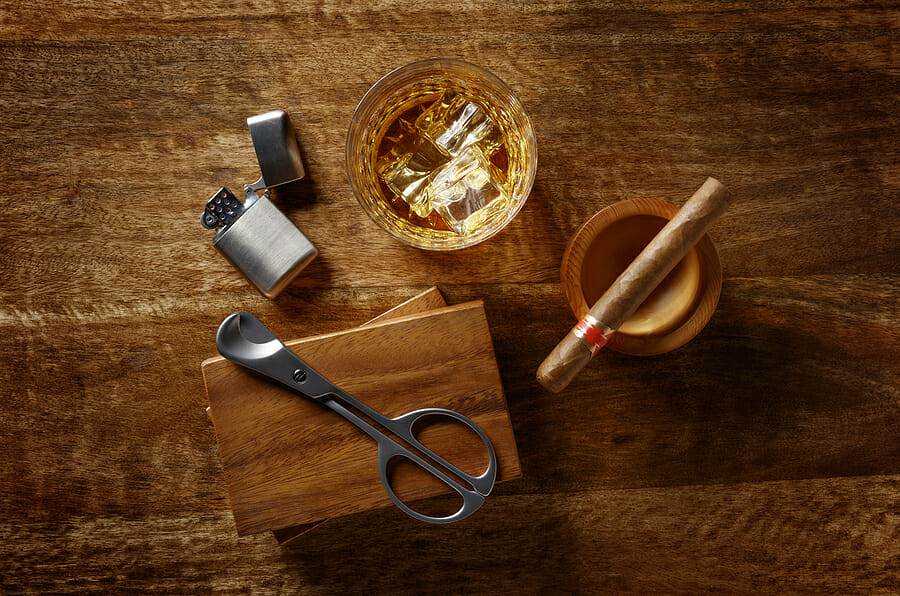 Learning how to use a cigar lighter is one thing; smoking the cigar and ashing it correctly is another. If you have recently started smoking cigars and are learning your way through everything, you may wonder the best way to ash cigars. You might even be wondering how to re-light an ashed cigar too.

Ashing cigars may appear seamless, but it can damage your cigars with the wrong approach. But, with a little practice, you can master how to ash a cigar correctly while keeping up with style.

Below are the different methods you can use to ash your cigar.

Grab an ashtray to collect the ash and prevent unforeseen accidents if the ash was to get into contact with other surfaces. Hold the cigar between the index and middle finger, creating an illusion of the middle finger acting as a fulcrum.

Using the thumb, flick the cigar, ensuring the middle finger is steady and in control of the cigar’s movement. The idea is to shake the cigar’s tip and drop the loose ash off the tip.

Make sure the cigar’s tip is over the ashtray, then use your thumb to tap the cigar against the edge of the tray. This will ensure the ash drops inside the ashtray due to the impact between the ashtray and the thumb.

Hold your cigar between the thumb and the middle finger, then use the index finger to tap the top of the cigar. This should be gentle to prevent the cigar from breaking under too much pressure.

Additionally, you have to be careful as the ash can easily bounce back and burn you. Apply the least pressure on the cigar and flick a few times to clear loose ash when tapping.

This method works perfectly at the bar where you use a bottle in the place of an ashtray. Hold the cigar with the index finger and the thumb, ensuring a firm hold on the filter but not too hard to crush it.

Gently roll the cigar between the thumb and the index finger, pressing the tip against the ashtray. This will loosen the ash as you roll, collecting the ash on the tray while leaving an even, smooth lit end of the cigar.