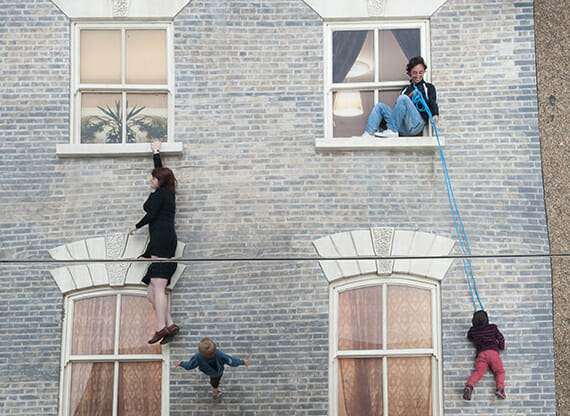 Look out! That lady’s totally hanging from a window ledge and she’s about to fall! Oh it’s okay—toddler Spider-man is climbing up to save her. By the way, did I ever tell you that I don’t get how mirrors work? Also, there’s this weird looking girl who hangs out in the bathroom and won’t ever leave. Buuuut anyway, back to the people hanging from a building—apparently they’re not actually doing that. Artist Leandro Erlich created a crazy optical illusion in London that makes people look like they’re climbing up the facade of a building when in reality they’re actually crawling flat on the ground. There’s a wall of mirrors facing the fake building that gives the illusion of people defying gravity. I’m told it’s actually quite safe, but it’s still freaking me out—almost as much as that chick who stares at me in the bathroom. WHAT IS YOUR PROBLEM LADY?! 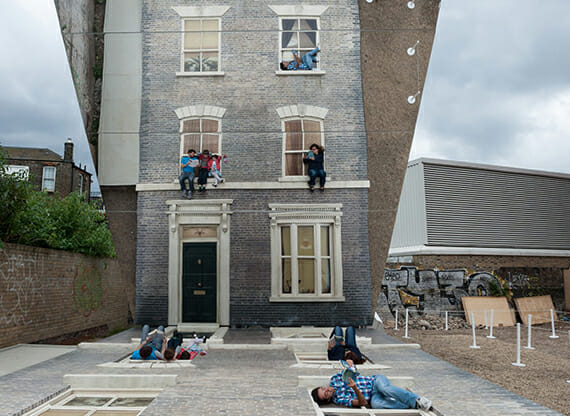 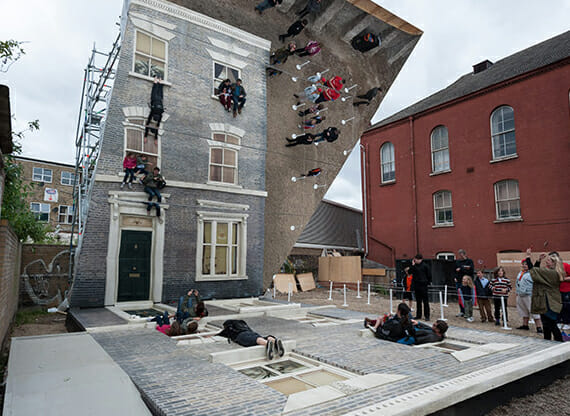 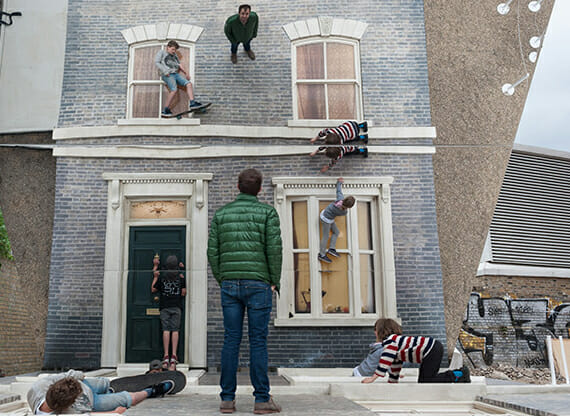