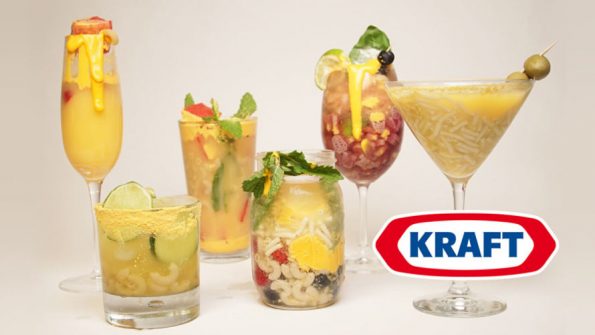 Someone combined your two favorite indulgences (pasta and booze) in these Macaroni and cheese cocktails. [Foodiggity]

Look at this puppy kissing a koi fish. LOOK AT THEM. [Reddit]

Instagramming your food will make you enjoy it more because the brain works in mysterious ways (just kidding, they explain everything in the article). [Business Insider]

The MST3K LEGO set you didn’t know you needed until now. [Neatorama]

A hilarious text exchange from a mother and daughter. [Uproxx]

THIS JUST IN: Galaxy food is the new rainbow food. [Cosmo]

ALSO JUST IN: The first trailer for Disney’s Moana! [Pleated-Jeans]

The Queen’s “green screen” outfit is a total hit with the internet because, you know, it’s the internet what did you really expect to happen. [Bored Panda]

This sci-fi short film’s screenplay was written by a robot using an algorithm. [Youtube]

Speaking of technology that is way over my head, here is a video of CG figures dancing around they look real what is real and what is fake anymore I can’t tell. [Geekologie]