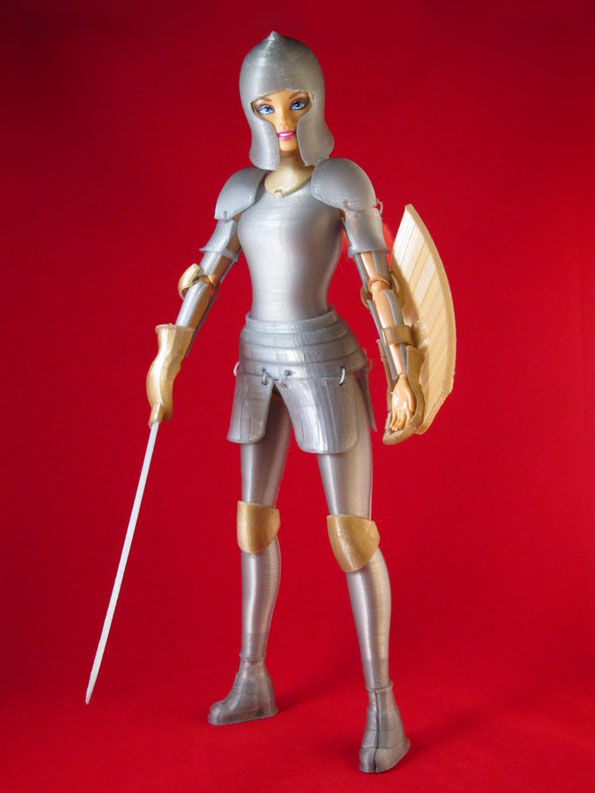 Barbie has all the best clothes, coolest car, a dream house, and a closeted husband. The only thing she doesn’t have is some medieval armor. Okay, medieval armor and body fat. Fortunately, Jim Rodda threw together a Kickstarter to bring 3D printed suits of armor for Babs. Personally I’d prefer a burly-ass mofo to protect my village when a dragon comes along and burns up my castle or whatever, but if there’s one thing I know about Barbie it’s that she’s pretty. If there are two things I know about Barbie it’s that she’s pretty and super f***ing capable. The woman literally has over 130 jobs, man. She’s a Babs of all trades!