Catmoji is a Social Network Just for Cats 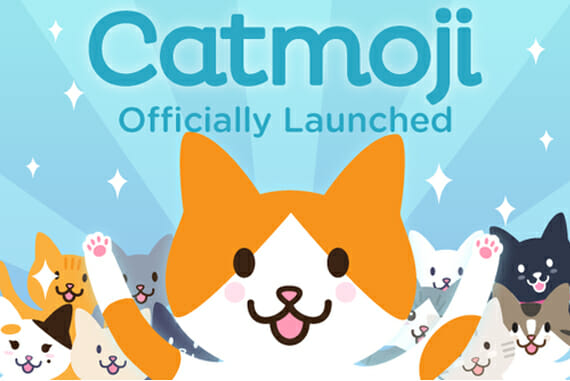 Catmoji looks kinda like Pinterest, but just for cats. Usually anything that could be described as “Pinterest, but for blank” is pretty terrible, but Catmoji also has other social networking traits, like profile pages with a Facebook timeline-esque vibe. So… it’s actually more like Pinterest + Facebook for cats. If you’re not a cat person, I know what you’re thinking: Oh gaaaawd, they have their own social network now. But instead of getting annoyed and rolling your eyes think of it this way, now cat people have their own little corner of the internet. That means no more cats—be they lol, grumpy or nyan—shall invade your internet henceforth. (Actually that’s probably not true at all… this will most likely just make things worse.) And if you ARE a cat person, I know what you’re thinking too: SQUEEEEEE! LOOK AT ALL THE KITTEHS!!! 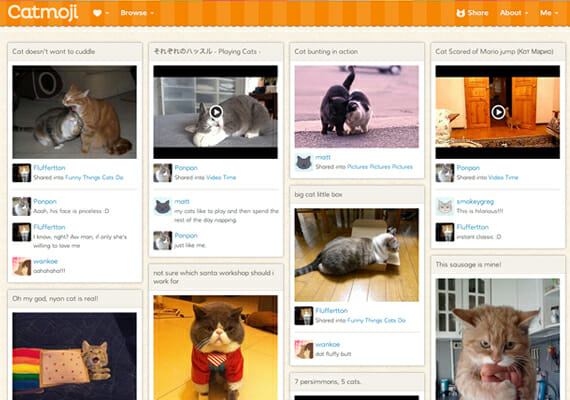 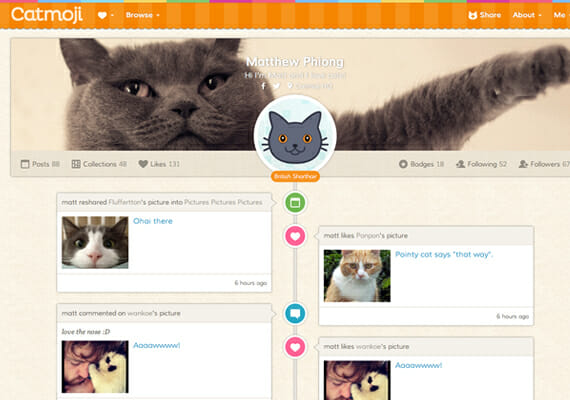