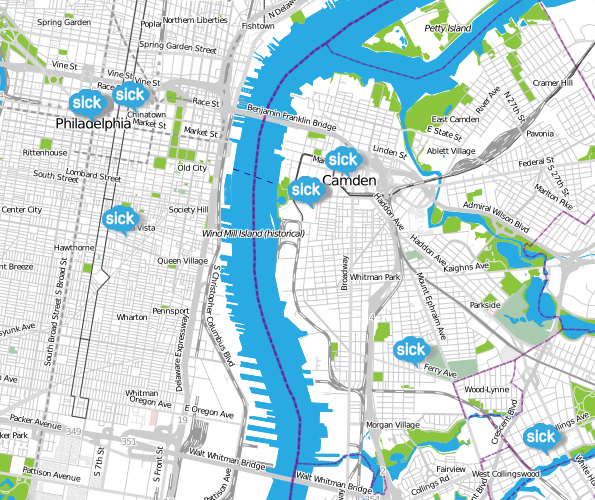 By the time the woman in front of you on line at Target is hacking up a lung, it’s too late. Her germs are all around you. SickWeather, otherwise known as a germaphobe’s dream, is a new app that uses an advanced screening algorithm, scanning Facebook and Twitter for mention of illness. Social media seems to be a great place to share TMI when it comes all sorts of bodily functions. Who knew someone would be smart enough to make the most of this. Based on the illnesses described, a map is generated that reveals sick zones that you can avoid. You can even search by specific illnesses, such as flu, cough, sore throat, and chicken pox, just to name a few.