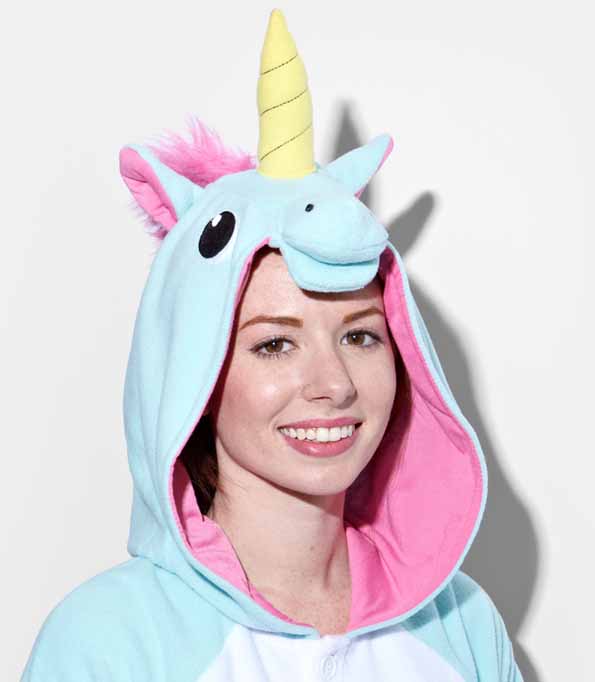 Move over babies, onesies are for adults now too! At least that’s what FredFlare would have me believe. They’re selling this Unicorn Onesie in addition to some other mystical creature ones too. Okay, the rest aren’t so much mystical creatures as they are just regular-ass creatures. But still! They’re cute. There’s a pug, kangaroo, panda, and a dino. Okay, the dino — that one’s pretty mystical. But that’s not what’s really important here. What’s important here is: do you think my boss will consider these office appropriate? I’m asking for, uh… my co-worker. Lindsay. Yeah! Linsday is her name. Okay you got me — I don’t even have a job! Unless killing pizza and watching TV is considered a job, in which case, I’ve been working some serious overtime!