OMG That Guy Is Cycling Naked! Also He Has No Skin 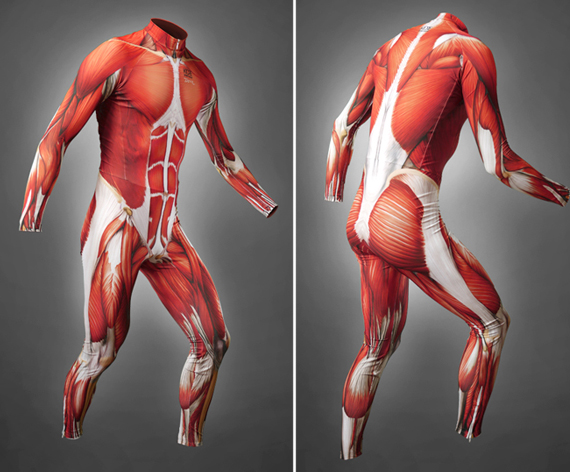 A while back we showed you anatomical muscle leggings, which were a pretty creepy/awesome way for ladies to show off their muscular legs. Now thanks to the muscle skin suit, there’s also a way for dudes to show off their muscular physiques. The suit isn’t the first kick ass cycling suit we’ve seen lately, and hopefully it won’t be the last. Imagine how interesting bicycle races would be if everyone either looked Inside-Out boy, a superhero, or Pee-Wee Herman. I’d watch that race. Probably stoned. And like, if it were free. Because come on, it’s still just a bike race—not a car chase that ends with explosions… or a video of a cat that can climb up walls… or a supercut of Liz Lemon eating.