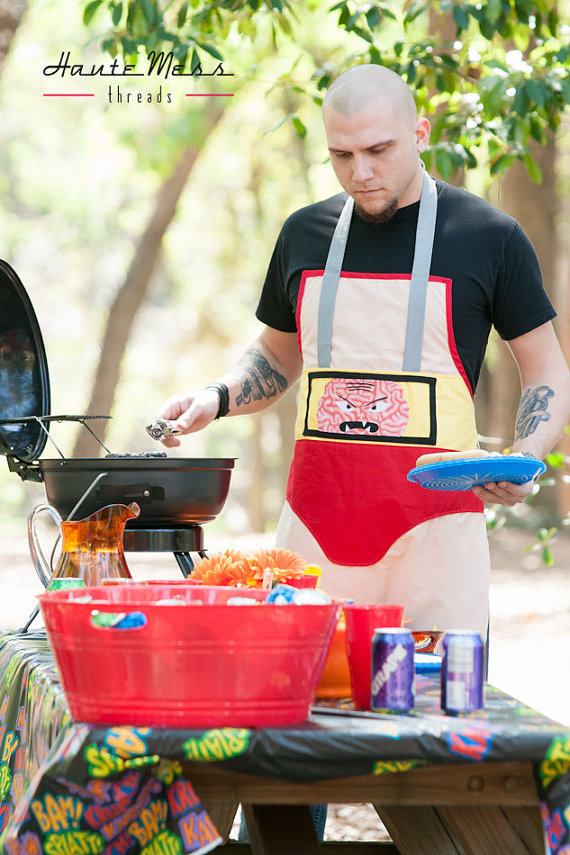 Grillin’ Villains is the newest line of aprons brought to us by Etsy shop Haute Mess Threads. Previously we’ve seen the Geek Chic and Kitchen Killers collections, which were both mega impressive.  But this one? This one is spatulas down the best one so far. The line features aprons inspired by everyone’s favorite villains like Queen of Hearts, Deadpool, Ursula, Mystique, and some of the Batman bad guys including the Joker & Harley Quinn, Two-Face, the Riddler, and the Peguin. I even commissioned my very own apron from the series — Krang from TMNT! I’m gonna wear it in the nude. Now I know what you’re thinking and yes, you’re exactly right: I am very brave. Cooking in the buff can be prettyyyy dangerous. You ever splattered grease on your nips? Yeah, me too. But it wasn’t an accident. Know what I’m saying? I’m saying I’m krinky as all hell, y’all!