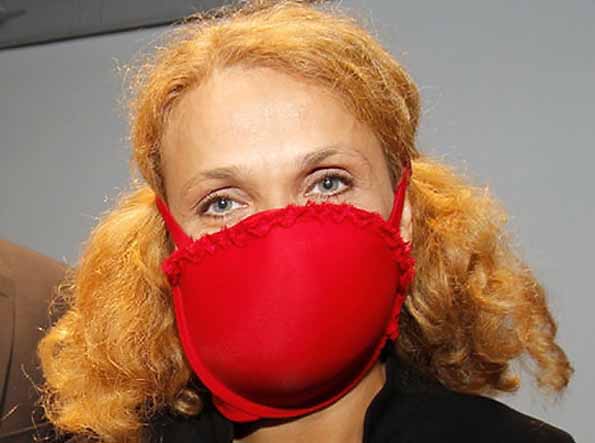 After the Chernobyl disaster in 1986, Dr. Elena Bodnar set out to create an emergency gas mask. She’s now won the Ig Nobel Public Health Prize for her work. The ingenious invention? The RAD Emergency Bra (or ebra), an over the shoulder boulder holder that’s equipped with a radiation sensor. Each separate bra cup acts as a face mask. As in, a real, functional gas mask. NOT at all like when my boyfriend wears a cup over one eye and texts all his friends a pic with the caption “imma pirate!” This is not like that at all. The ebra saves lives, my friend. The pirate eye patch bra? Well, that’s just comedy gold.