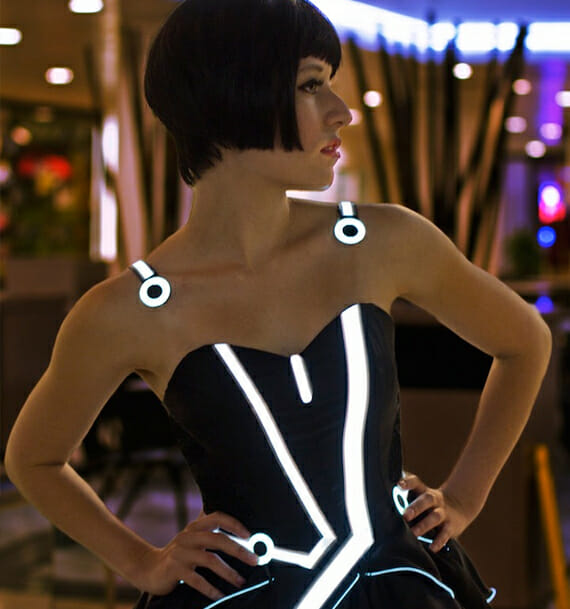 Well whatdya know? It’s prom season. While it’s a big deal if you’ve been sucked into it, it’s a time of year that only matters to a select few: teens attending and the parents who are stuck paying for all that crap. If I were going to prom today (I wouldn’t even have to worry about being asked. My husband would HAVE to take me), I’d skip the slutty styles and go for something out of this universe. This Tron-inspired dress by Jin Yo, would be just the thing. The costume is a re-imagining of the character Quorra’s outfit as a party dress, and has an air of something from eccentric fashion designer Betsy Johnson. Prom Queen 2013? I think so. 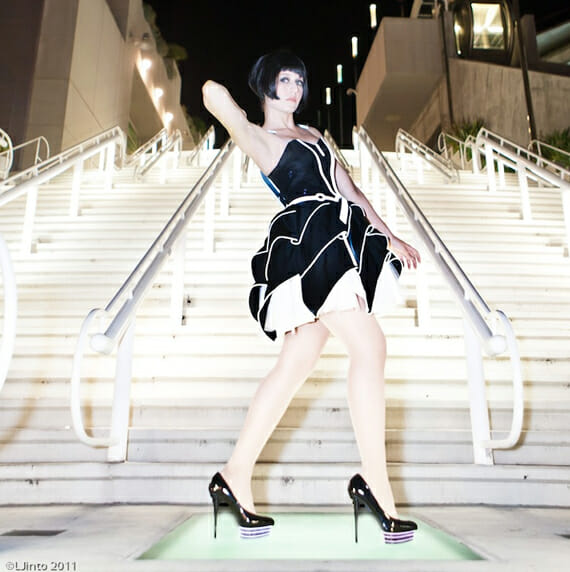 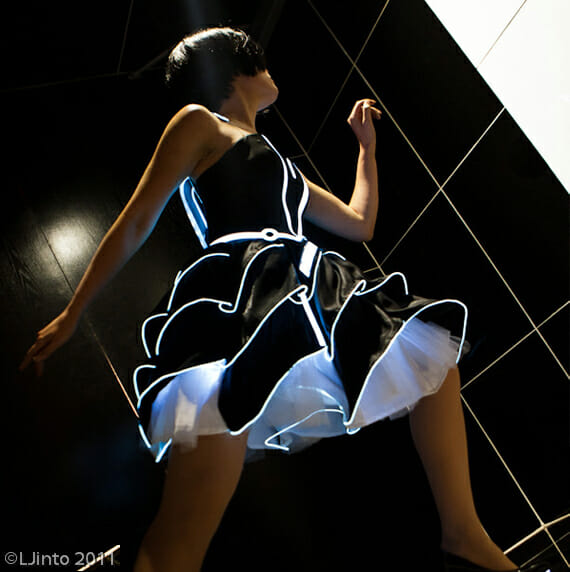