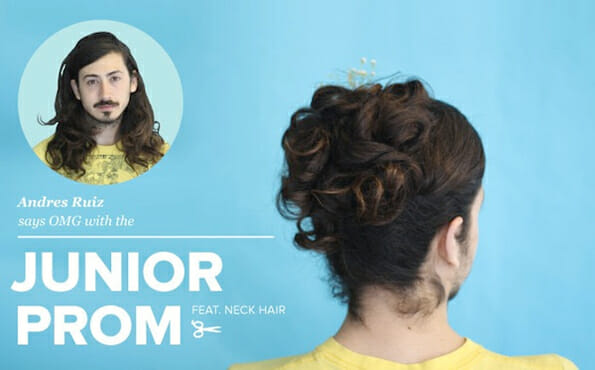 There’s nothing girly about a guy with a ponytail. Nothing. My dad and my husband both have ponytails, wanna fight about it? (And no, I don’t care what Freud would have to say about that either.) But even though long hair on dudes isn’t inherently female, if a dude was rockin’ a bridesmaid updo, that would in fact be girly. Or would it? Columnist Jessica Saia challenges the way we look at men’s hair by taking 8 guys to Salon Miel to get fancy lady hair. At first glance these images are pretty hilarious, but after giving it some though I think people could get used to dude updos. I mean, if we could get used to skinny jeans on guys, then why not this? 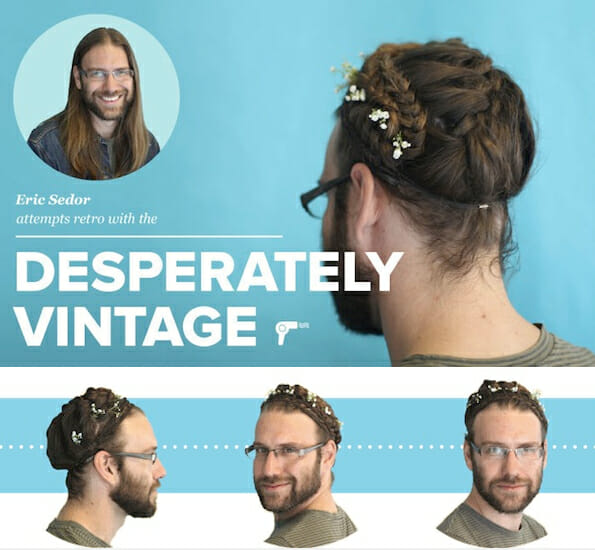 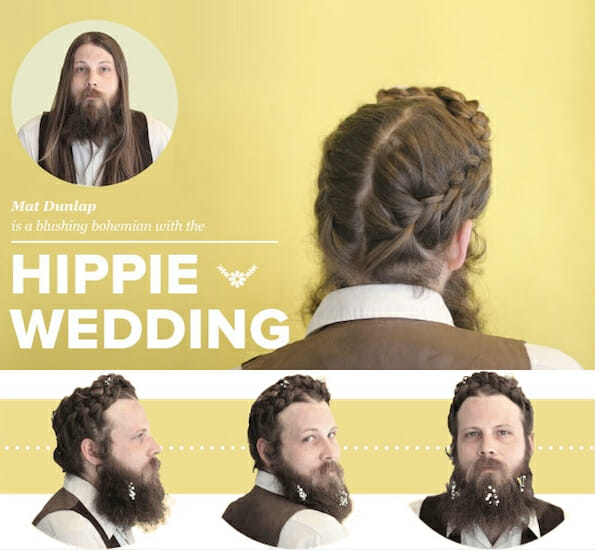 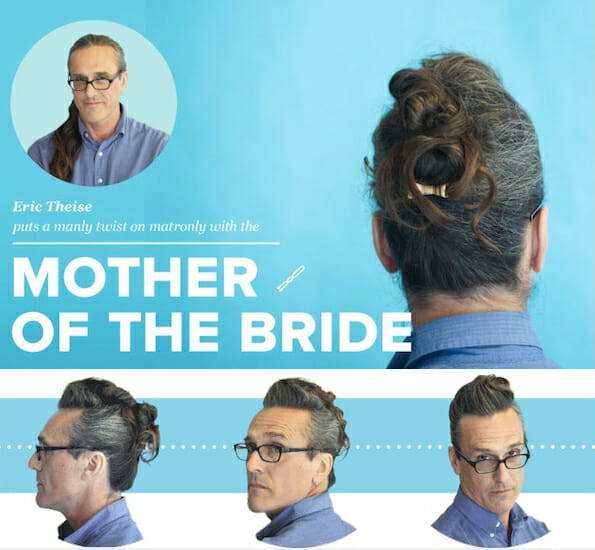 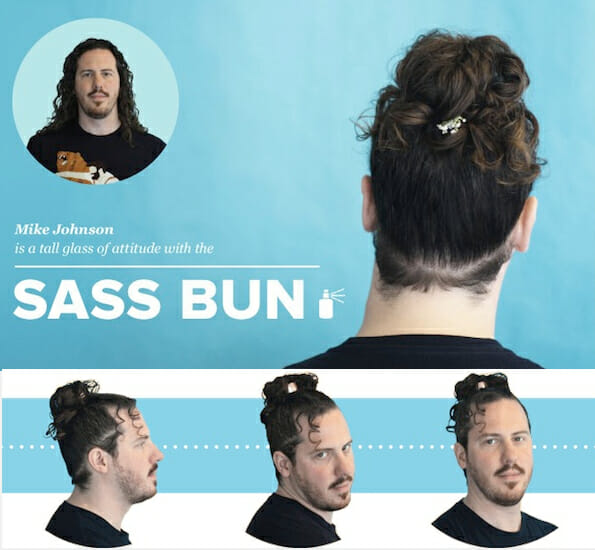 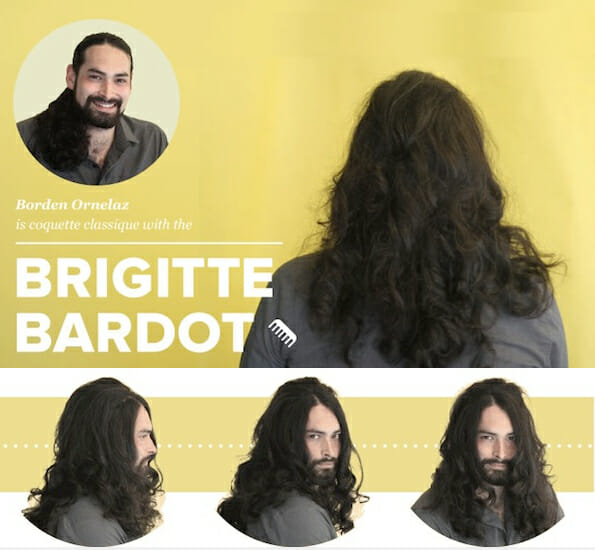