Facts about AshleyMadison - the No.1 Affair Dating Site 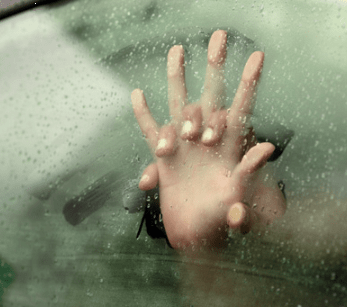 Ashley Madison is a website that many people have likely heard of. It’s a dating site with a twist, offering a discreet place for those who want affairs or to find one-night stands with married men and women. There’s a certain risqué feeling involved in these types of relationships.

With so many dating sites out there, even discrete ones like this, you’ll want to find pros and cons. Some of those come in the fact and here are the top facts about the no. 1 affair dating site.

People are going to look for affairs, which is why sites like Extramarital Affairs Websites exists. This is inevitable with people who have different views on infidelity and other topics. Ashley Madison isn’t there to tempt people into having an affair but to make it a safe place to do so. Biderman wants men and women to avoid the workplace romances that affect jobs, prostitution that can lead to all types of dangers, and creating false profiles on singles dating sites where people are looking for love.

Only Match.com Is Bigger

That’s right! Out of all the dating sites out there, Ashley Madison is the second biggest throughout the globe. This beats Tinder, eHarmony, and all the other sites you’ll see publicized on TV routinely. Match.com is the only site that has more users. That’s a lot of people looking for extra-marital activities and good news for you – there’s going to be someone out there for you on the site.

There Are Typical Cheating Cycles

The average age of a man on the site is 41. For women, that’s 34. These are interesting figures as they contribute to the reasons people start looking at affairs. Around 3-4 years after marriage, couples are more likely to look at playing away. The same also happens around after the birth of the first child and then when the children move out.

There are certain patterns that Ashley Madison site runners understand. One of those is the behavior of women. They’ll know if this is a genuine woman looking for an affair or a guy pretending to be a woman/or a scammer. This is excellent for you, as it means the site is protecting you from the questionable behavior and potential scammers.

If you’re wondering who Ashley Madison is, you’re not going to find her. Well, okay, there may be someone out there with the two names, but the site wasn’t named after two people in particular. When Noel Biderman created the site in 2001, he chose two of the most popular baby names. Yes, really!

At least everyone knows what you’re on the site for. And it’s as discrete as you want it to be, even with the encouragement of setting up an email just for the site.

When you want to have an affair safely, Ashley Madison is the place to turn. It’s private and has your back, along with plenty of others looking for the same thing.