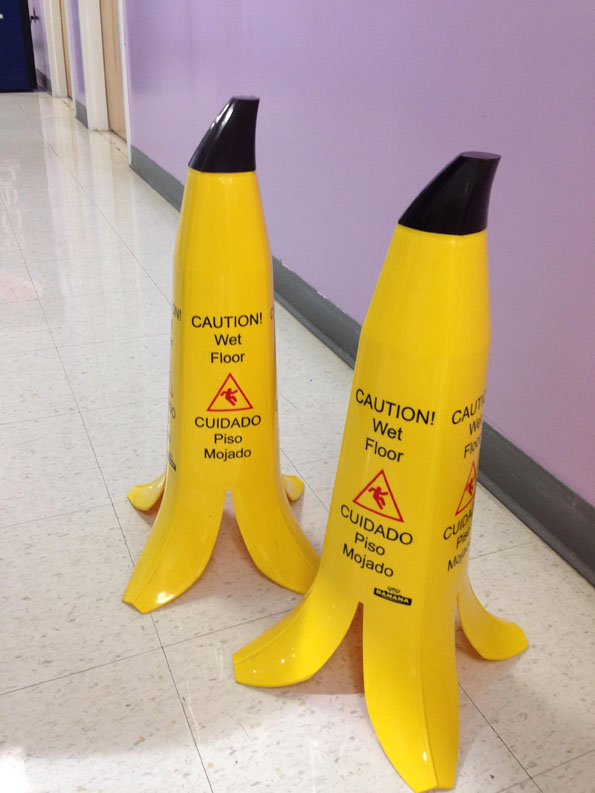 Redditor ShutUpLori posted this picture of a couple of banana peel caution cones. Pretty clever! Looks like they’re made by a company called Banana Products. I wonder what other kinda banana stuff they sell. I’ve got a few ideas! For one, Bananal Beads®, which I have talked about before and TOSH.0 PROCEEDED TO STEAL. Dicks! For two, Banandaids®. They’re bandaids that are shaped and taste like a banana. Why would you want to eat a bandaid, you ask? Well, because it tastes like banana, ya dum dum!