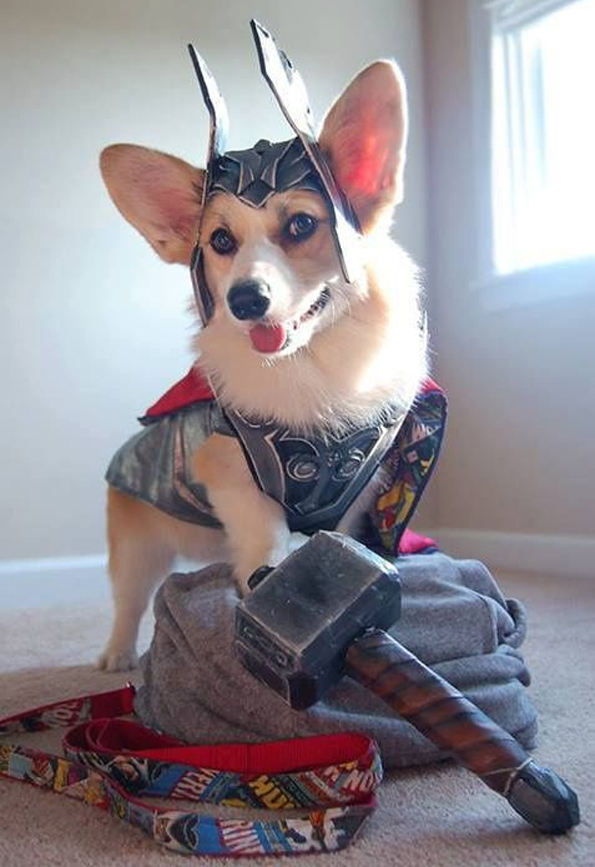 Cats may rule the internet, but there seems to be some debate as to who should rule Asgard. Recently we met a cat named Sir Didymus dressed as Thor and he looked mighty adorable. However this corgi makes a pretty convincing Thor as well. Plus Thorgi is super fun to say. Based on that alone I think Sir Didymus should give up his Thor costume and instead become Lokitty, which is also super fun to say! Weeeelp, there’s goes my whole day. Thorgi and Lokitty! Thorgi and Lokitty! THORGI AND LOKITTY!