Categories: Pets & Animals, Video | by IT 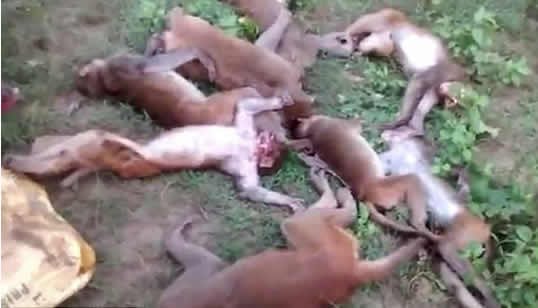 Report by officials says that nearly a dozen of monkeys got simultaneous heart attacks when they were “scared to death” by a roaring tiger. Forest department workers found the monkeys on Monday . The Villagers reported saying that tigers are often coming in the area and roars. Watch out these upsetting video, which shows them stuffing the bodies in polythene bags.

Via: A dozen monkeys got heart attacks after seeing a roaring tiger in Indian forest