Sick Kids Get The Superhero Treatment 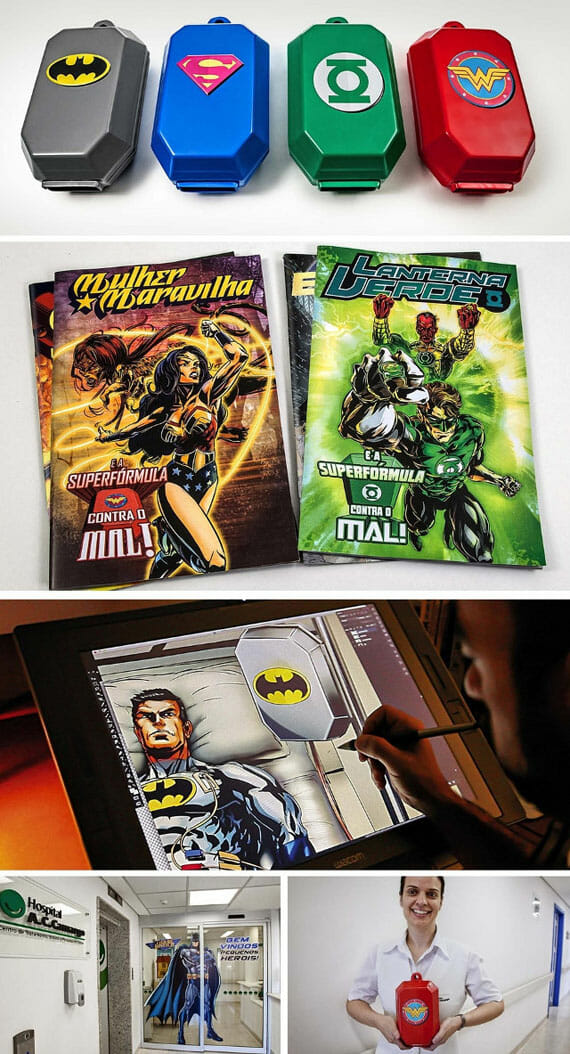 Warner Bros. and The A.C.Camargo Cancer Center in São Paulo turned the children’s ward into the Hall of Justice. Not only that, but they rebranded chemotherapy ‘Superformula’ and created a series of comic books featuring Superman, Batman, Wonder Woman, and the Green Lantern who each lose and regain their powers by using the Superformula. That’s really special. Super special. Kudos to the people behind the project and to the kids who are fighting the good fight. Also, kudos to the first person who brings me a tissue. I’m having allergies!