Treat Dispensing Bin Teaches Your Dog To Tidy Up 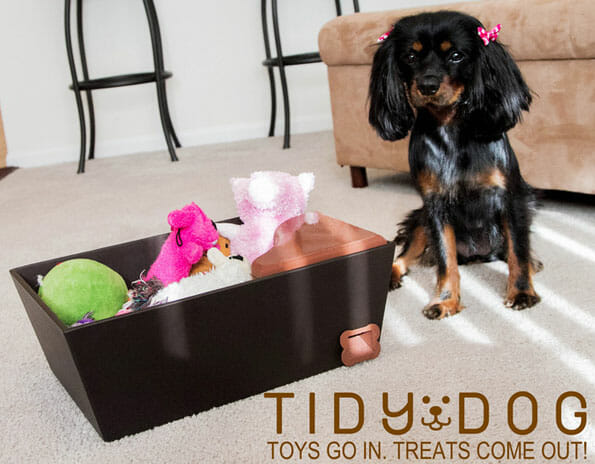 This is Tidy Dog, a bin for dogs that dispenses a treat when a toy is put in it. It’s meant to encourage your pups to clean up after themselves! Currently it’s in the Kickstarter phase of things, but hopefully enough people will fund the project so it can be a reality. Because dogs cleaning up after themselves? That would be nice. Now if only I could teach my dogs how to clean up after the cats, too. Seriously! How cool would it be to have dogs that empty the litter box? You’re right: not nearly as cool as I personally think it would be. Especially not if they’re just eating it.