The Loch Ness Monster Washed Up In Spain 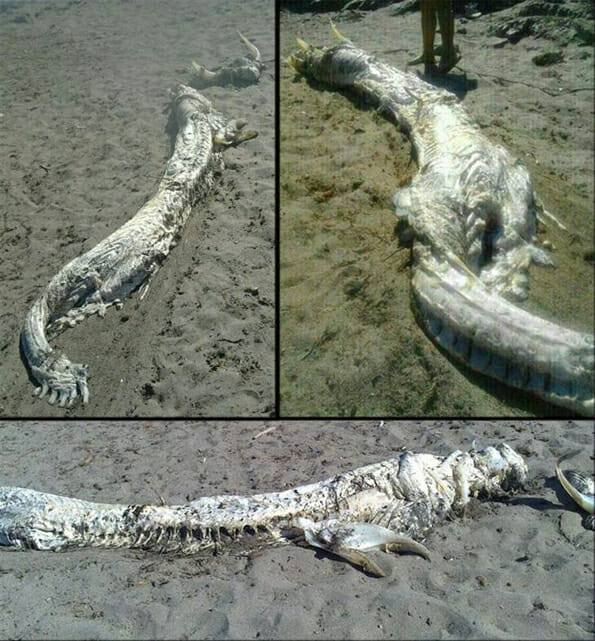 Last week a mysterious creature that could be described as the loch ness monster, a dragon, Falcor or if you want to be boring and scientific about it, the remains of a species of fish or possibly a shark. Unfortunately “Unidentified Fish Carcass Washed Up On Shore” makes a terrible headline. Because for one, that’s not even written in proper title case. And for two, who cares about a boring reasonable explanation? This thing looks like a freaking dragon! With horns! According to NBC news, Florida State University ichthyologist Dean Grubbs says those aren’t horns, but scapulocoracoids found in sharks that support their fins. That’s so boring it’s putting me to sleep. Wake me up when we find another gorilla suit in the woods someone claims to be the remains of Bigfoot.