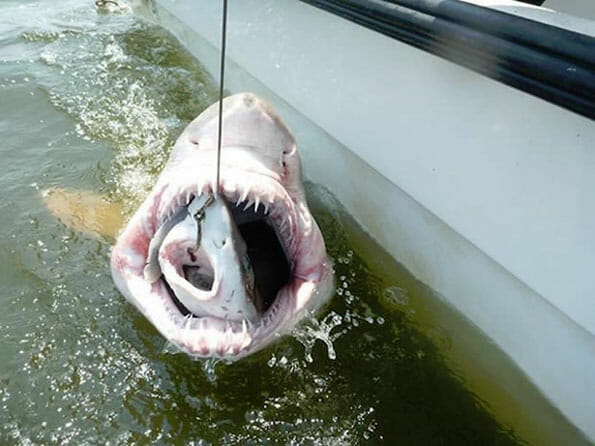 Because every week is shark week, this is a shark who was caught with a smaller shark inside. Actually the scientists were originally reeling in the little shark, a dogfish, when the bigger shark, a sand tiger shark, gobbled him up. CHOMP! Man, this is so typical of a shark. Those guys will eat anything — including other sharks. Then again, who am I to talk? I would eat anything. Yeah, including sharks. In fact, I’d even eat a shark eating another shark. That’s right! I’m real sick.