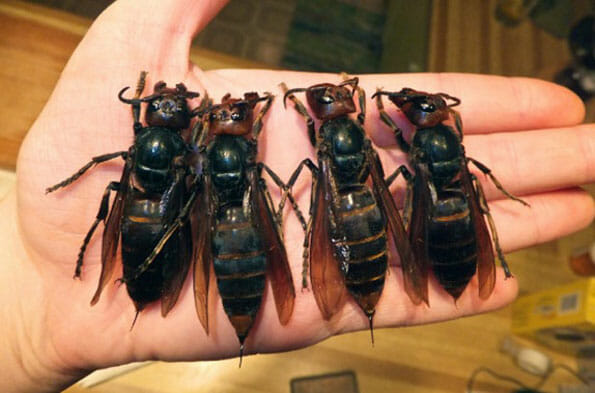 Because dreams really do come true and apparently nightmares do too (please don’t let all my teeth fall out!), these are giant killer hornets. The grody bugs have had a severe population spike due to climate change. Damn you global warming! But don’t worry — unless you live in central China, you’re safe. For now, anyway. If you do live in central China, have you considered relocating? Like, far the f*** away from giant killer hornets? Because that would probably be in your best interests assuming your best interests consist of NOT dying at the stinger of a giant killer hornet.

Via: Daily of the Day