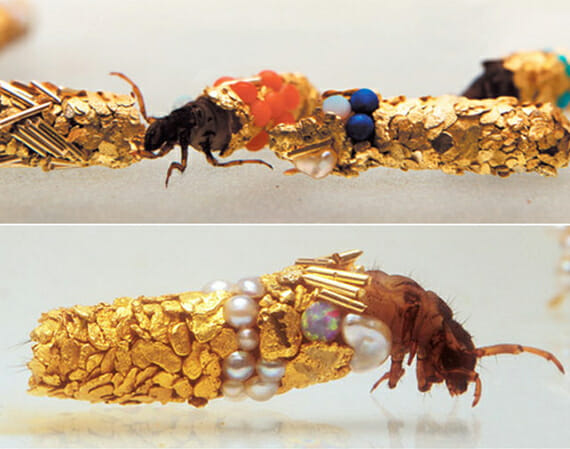 The caddisfly is basically the insect equivalent of a Pinterest user because it loves to craft its little cocoon out of stuff like sand, twigs, small rocks, etc. But French artist Hubert Duprat wanted to know if they’d switch from their usual supplies to items like gold flakes, precious stones, and pearls. He deprived the little guys of all of their preferred materials and instead supplied flashier ones. Of course since they had no other options, they made super blinged out shells. Duprat then took most of the credit and called the work a collaboration. Sure, it was a clever idea, but that’s basically the same as bringing all of the beads to the arts & crafts meeting, playing on your phone while everyone else makes bracelets, and then saying you deserve most of the profits from the craft fair. Oh and also you brought the wrong kind of beads. 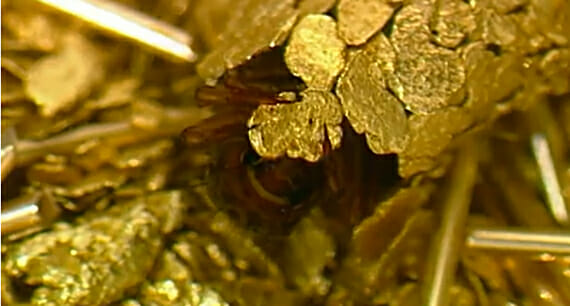