Would Not Swallow: Semen Cocktails 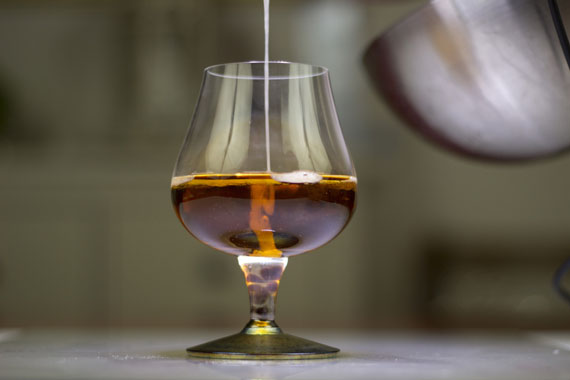 A while back author and apparent weiner-juice enthusiast Paul Photenhauer gave us Natural Harvest: A Collection of Semen-Based Recipes, a cookbook with recipes using semen. But there was something missing: a cocktail to pair with those jizzy dishes. Now Paul’s got us covered (NOT in semen) with Semenology: The Semen Bartender’s Handbook. He provides recipes for drinks like the Mexican Cumslide and Watermelon Gin Jizz. Huh. Well, I wish I could gag in disgust and refuse these spermy cocktails, but I’ve always had a problem turning down a drink. It’s especially hard when I’ve already knocked back 14 drinks. Which I have! Just last week I was wandering around the park when I found half a beer sitting all alone on a picnic table. Yeah, it was warm. And it had cigarette butts in it. But did that stop me from guzzling that brew? No. What stopped me was the psycho bum who charged out of the bushes and tackled me before I could even take a sip. Apparently it was his. I guess he was just saving it for later!