This Bacon Dress Is Breakfasty Chic 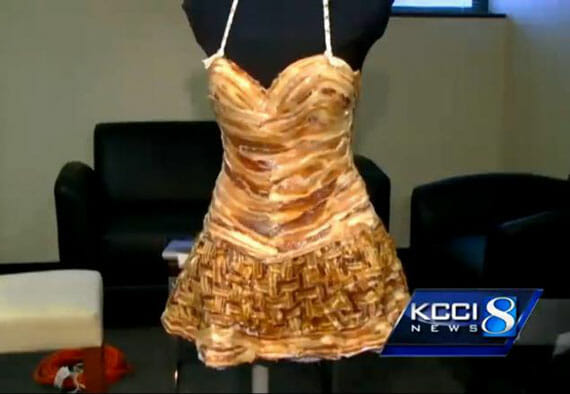 Iowa just held their 6th annual Blue Ribbon Bacon Festival in Des Moines. Over 10,000 pounds of bacon was offered to the 8,000 attendees. Pshhh, that’s only like a pound and a quarter of bacon each. Practically nothing! Must’ve been a BYOB (Bring Your Own Bacon) type dealie. This is a dress made entirely of bacon by a local seamstress created. It was made specifically for the winner 2013 Bacon Queen pageant which took place at the fest. The lucky lady? Kim Pfannebecker, who fit perfectly into the greasy frock. What are the responsibilities of the Bacon Queen? Bringing pork to the people? Perhaps reigning over the pigs? Or eating tons of bacon? Maybe making appearances at local events?  I don’t know. But it all sounds very overwhelming. Except for the ‘eating tons of bacon’ part. I think we’d all be happy to take over that duty. 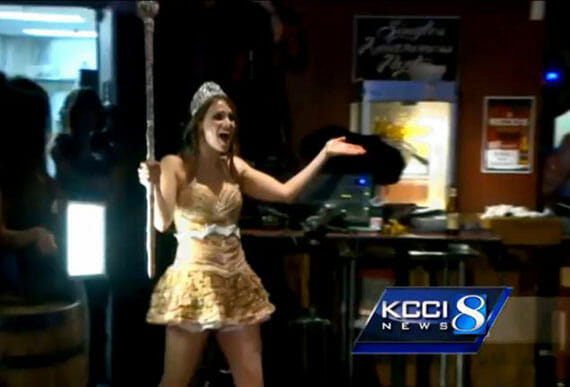