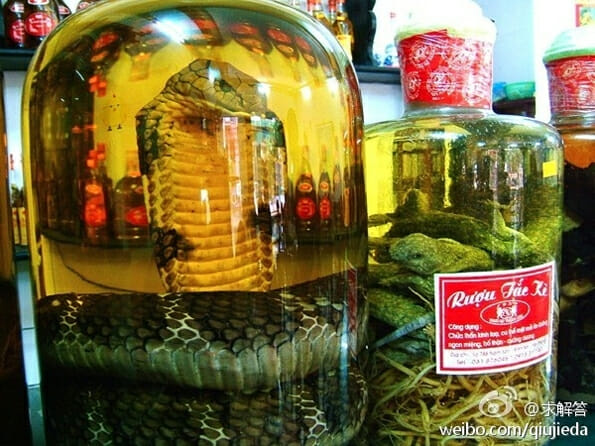 A woman in Harbin, China was bitten by a viper recently, which doesn’t really sound newsworthy until you find out where the viper came from—it had been marinated in a bottle of sorghum wine for 3 months. (To clarify, it wasn’t in there by accident… people put snakes in wine on purpose apparently.) The woman understandably assumed the snake was dead (because why the hell wouldn’t something drowning in wine for 3 months be dead?!) but when she opened the bottle it bit her hand. She was going to use the viper to brew some homemade medicine, but instead had to visit a real doctor to be treated with antidotes. So the takeaway from this story? It turns out that snakes can lie dormant in liquor for years… and they’re pretty mean drunks! 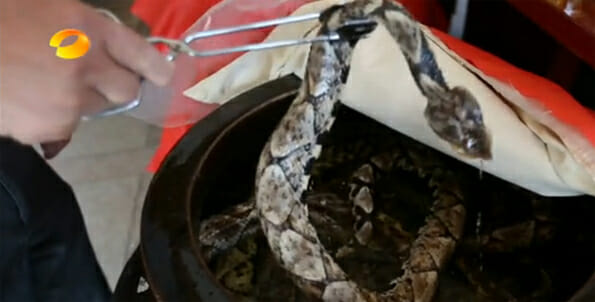