Keep Your Neck Warm With A Warm Slice of Pizza 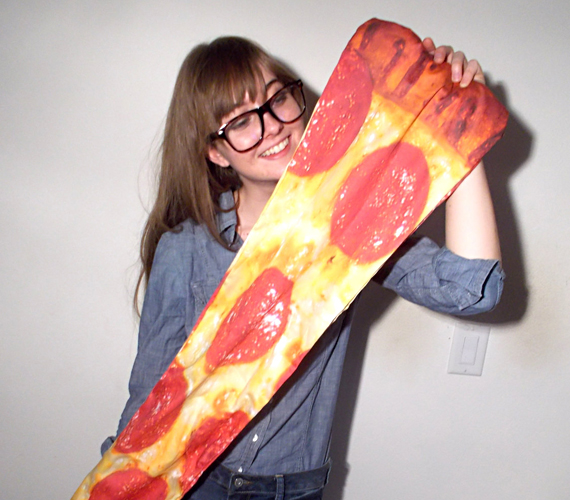 There’s nothing more satisfying than taking a bite out of a slice of hot pizza and watching the melty cheese stretch on forever. Actually there are probably at least a few things more satisfying, but it’s awfully close to lunch time and I can’t think of any at the moment. The pizza scarf from Etsy shop Raspberries and Rum captures that wonderfully cheesy moment in scarf form. The scarf looks like a giant slice of pizza that stretches out seemingly forever. Who would have ever guessed that there’d be a food scarf that looks even greasier and more delicious than the bacon scarf? Some kind of greasy, yet highly fashionable genius, that’s who. Man, do you think they’re single?!