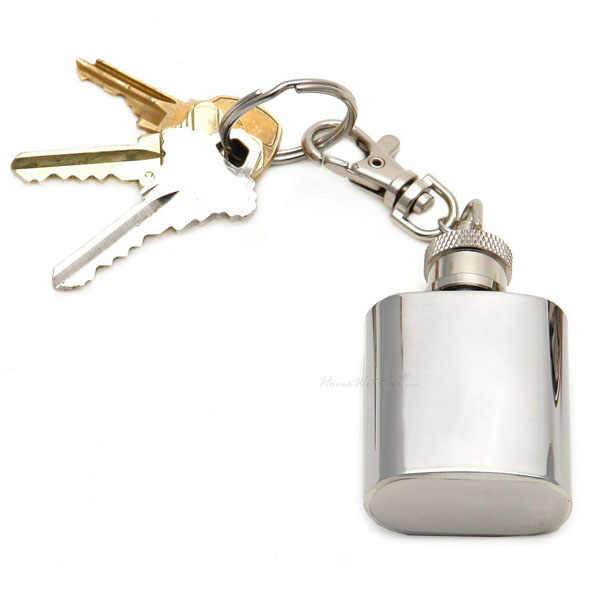 HomeWetBar.com is selling this 1 oz flask that attaches to your keychain. Which seems… pretty irresponsible. I like drinking my face off as much as, IF NOT MORE THAN, the next boozehound, but drinking and driving is no bueno, kids. That’s Spanish for bad news bears, by the way. Per the product site:

We not saying you should drink and drive, but wouldn’t it be nice to have a drink handy when you’re out in your “man place”?!

LOLWUT? Go home HomeWetBar.com, you’re drunk! We not saying you should have a proofreader that doesn’t drink on the job, but yes, actually that’s exactly what we saying. Also, what does anyone’s “man place” have to do with getting your drank on? I don’t limit my boozing to my “lady place” which, now that I say it out loud, kinda sounds like we’re talking about private parts. You know what? This conversation is over! Point is: Don’t drink and drive. And if you really do need a shot of booze dangling from your keys, your drinking problems are worse than mine. AKA you need help!