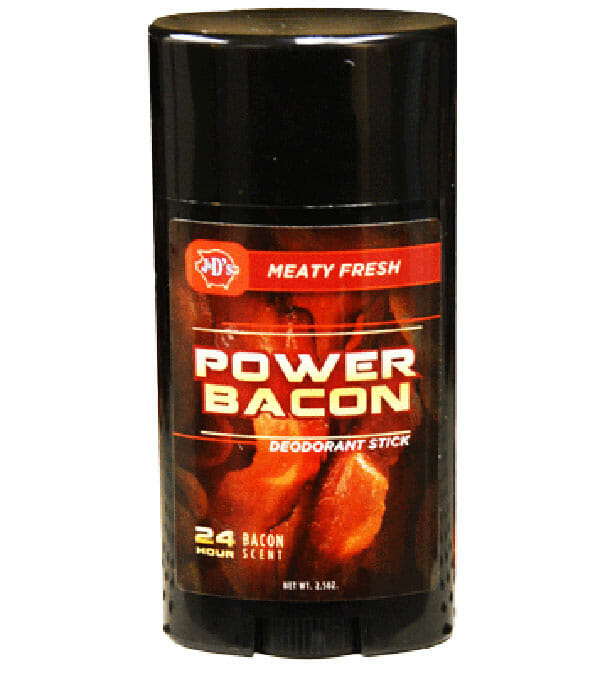 When I heard J&D Foods was selling Bacon Condoms, I felt like all the lines that could have been crossed had now been crossed. Then I was informed they’re selling a Bacon Coffin and a few lines that I didn’t realize existed were now crossed. So at this point I’m thinking, no more lines, right? Wrong. Now those bacon-crazy kooks are selling Bacon Deodorant. Because who doesn’t want their pits to reek of delicious pig flesh? Then again, this stuff’s probably got a leg up on Axe Body Spray. Which really isn’t saying much because that stuff is the devil if the devil was trying to mask his B.O. with ass. More like Ass Body Spray, amirite? Good one, me. But seriously, there’s no need for all this funny business, just take a G-D shower and use some Old Spice like a regular person.