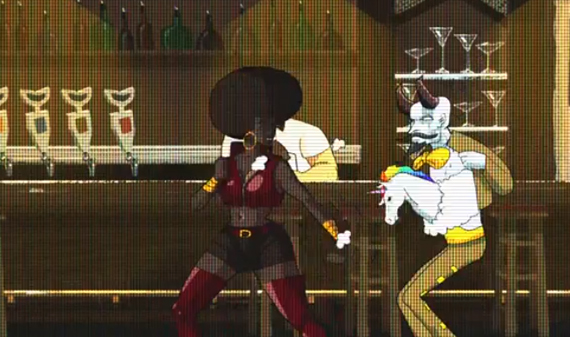 I’ve heard a lot about bars with an arcade theme popping up lately, but this invention really takes the pint. The Last Barfighter is an arcade machine that lets you play a quirky and rudimentary fighting game, like Street Fighter. But when the game is over, the winner sees a pint of beer fill up his or her glass. It’s brilliant, really. Otherwise you win a bunch of tickets to turn in for some crap. Or worse, a spot on the machine’s high scorer list. Whoop dee doo. The Last Barfighter games were created by a Durham-based ad agency, and were commissioned by Raleigh beer company Big Boss Brewery. So they’re currently there, serving suds to thirsty customers and being played during special events.

Check it out
Incredible Things