One Shrek Of A Wedding 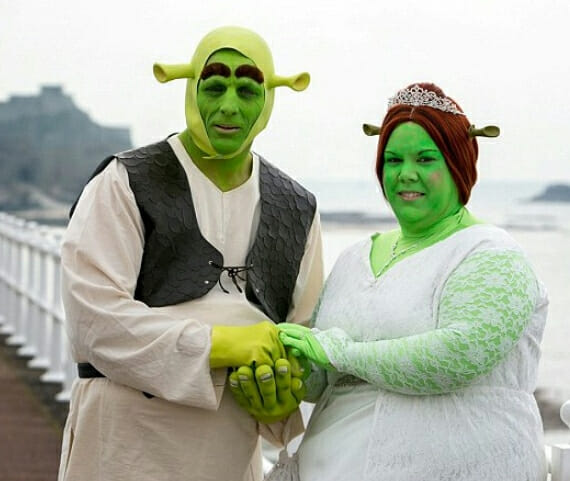 As you may recall, this isn’t the first Shrek and Fiona themed wedding we’ve come across. However, unlike the original couple whose 18 year old son refused the dress up like Donkey, friends and family of this couple were happy to get in costume. Heidi Coxshall and Paul Bellas decided to have a Shrek themed wedding because their 4-year-old son Leo loves the movie. (And yes, their son DID in fact dress like Donkey.) Many of their guests also dressed like fairy tale characters as well as random Disney characters. Of course die hard Shrek fans know that the movie was actually made by Disney’s competitors, Dreamworks… which kind of makes showing up to a Shrek wedding dressed in Disney gear the equivalent of wearing black to a regular wedding. Even so, who’s actually going to mind that the Little Mermaid showed up to their wedding? 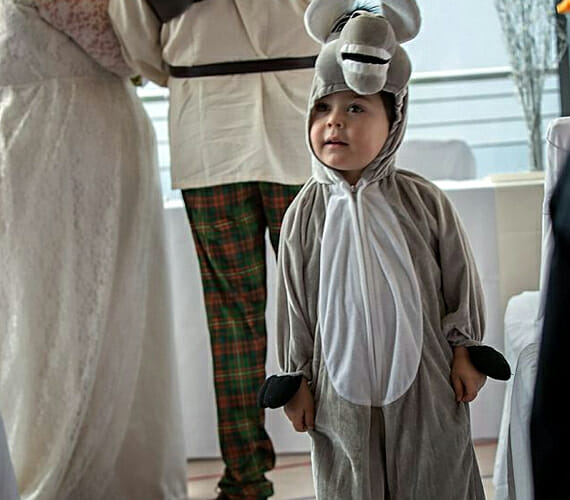 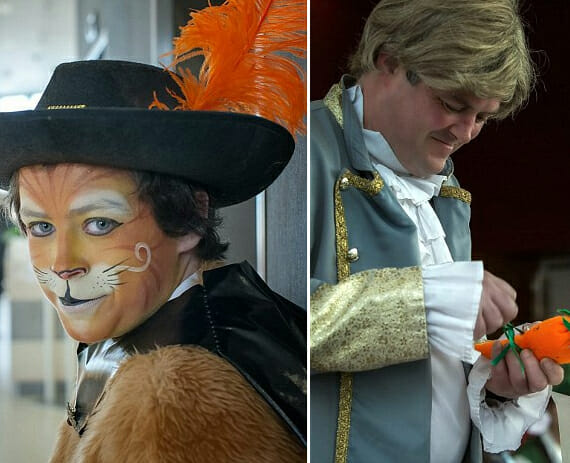