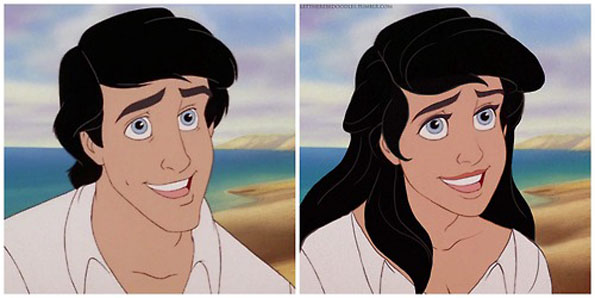 We’ve seen the Disney Princesses turned into dudes so it was only a matter of time until someone turned the dudes into ladies. ♫ It’s the circle of liiiiiiife! ♫ To be honest, I’m surprised it took this long. The whole gang’s here looking pretty as hell. Especially Prince Eric. Dem baby blues tho! John Smith’s female counter part looks like someone I know. Hold on, let me check: Susan is that you? Well, I guess not. That settles that! I mean, she didn’t say NO, but she didn’t say yes either. She didn’t say anything actually, most likely because she’s a cartoon. But I took her silence as a no. Or you know what? Maybe she didn’t recognize me.