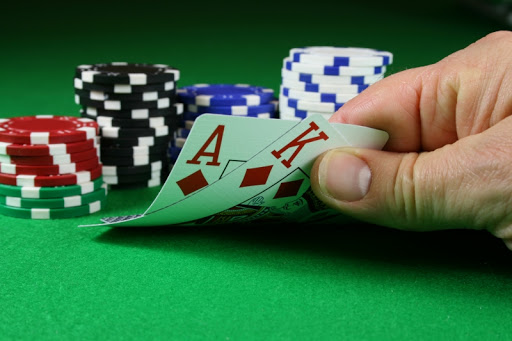 Card games have been played in India for several decades now. From Kashmir to Kanyakumari, no matter which part of the country you visit, you will find people engrossed in one or the other card game as a part of their social life.

Ever since these card games went online, the popularity has only increased manifold as now people don’t have to step out of their home – they can find their companions for playing cards right on these portals. All that they need is a smartphone or computer with an active internet connection. Playing card games in India has turned out to be as simple as that. Here’s all that you need to know about online card games.

The Standard Deck of Cards

A standard deck of cards, irrespective of whether you are playing online or offline, has a total of 52 cards and an extra Joker card. The 52 cards are divided into four suits – Spades, Clubs, Diamonds and Hearts. Each suit has thirteen cards with nine pip cards with numerical values from 2 to 10 and four face cards which include Jack, King, Queen and Ace.

This standard deck of cards can be used to play different card games like Poker, Rummy, Blackjack and more.

What Is It That Makes Card Games So Appealing?

Card games have always found a prominent place in our culture. People love to play a variety of card games with friends and family on almost every occasion. What is it that makes these games so appealing?

The major attraction of these games is that they are neither excessively cerebral, like Chess, nor wholly mindless, like most dice games – card games offer a balance between skill and chance, though the actual balance differs from one card game to the other. Well-informed players get to choose from the wide variety of games according to their talents and taste.

Card games are associated with an element of mystery, which adds to the thrill of playing these games. It is not the case with other games such as board games, where the players know the potential moves of other players – all that you need to do is roll a dice, move accordingly, and all the other players can see the progress of other players. With cards, the players don’t get to find out anything except for the uniform back of the cards, which adds a fun air of mystery.

Logical thinking has a significant role to play in card games. You cannot merely depend on guesswork in most of these games. Instead you need to think logically to guess which cards the other players have challenging your minds this way helps in improving your logical thinking skills.

Besides these benefits, when you play card games online, you can do so from the comforts of your home without stepping out to find company. Moreover, you can also play card games online for real money and make profits if you are a seasoned player. These games are great stress-busters that can help you relax and unwind after a hectic schedule at the workplace.

If you are looking forward to playing card games online in India, here are the top options that should be on your consideration list:

Whether you play cards online or offline, Rummy is generally on the top of the consideration list of card gaming enthusiasts. The aim is to arrange cards from the same suit in sequences and cards of the same rank from different suits in sets. This card game is incredibly popular among the Indians and is an integral part of family gatherings and friends’ get-togethers. The advent of online Rummy has taken it a step ahead as people can play it from anywhere at any time by virtually connecting with friends and family.

This list would be incomplete without poker included – the card game that needs no introduction. This combination of betting and strategising keeps the players highly entertained throughout. The game aims to earn the best possible hand using your two private cards and five public cards. There are several variations of this game, including 3-card poker, seven-card stud poker and 5-card poker to name a few. Poker card games are fast-paced, easy to learn and exciting to play along with the ability to hone your mental skills.

Teen Patti, a simplified version of poker, is often referred to as the Indian Poker. This game is inspired by 3-Card Brag, a famous British card game. You can play Teen Patti with up to five players. Each set consists of an open card and two closed cards, and each player gets three cards. The players have to meld their cards into any one of the different combinations that have various rankings, including Trail or Set, Sequence, Pure Sequence, Pair, Colour and High Card. Almost every online casino offers Teen Patti in its collection of card games.

Satte Pe Satta, also referred to as 7-on-7, is another popular card game among the Indians. 3-8 players play it. The player who gets the 7 of hearts begins the game. The following player gets a chance to play if he has 6 of hearts of 8 of hearts. If not, the turn goes to the next player. This way, the game goes on when a seven belonging to any other suit is laid. It unlocks the process for that colour. The player who finishes all the cards first is the winner.

The Indian card gaming enthusiasts have always given a special place to card games. They love to connect with other people through card games to socialise, and the card game portals have made this much easier for them now. If you are new to card games, find a reputed casino portal and try your hand at any of these and you will soon realise how interesting they can be.