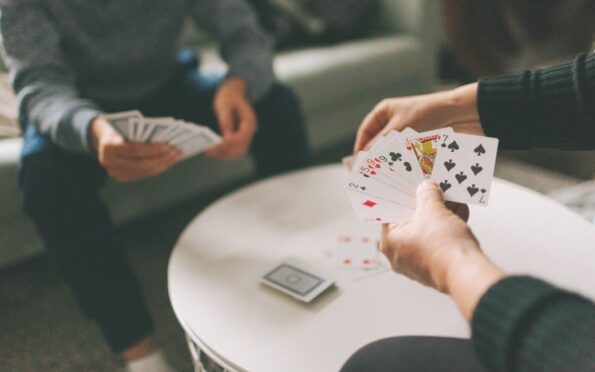 Poker holds a special place in the gambling community. The game is considered an indulgent for those looking for some betting fun as well as professionals that are intent on walking away with fat pockets. Over time, it has been debated whether playing poker is gambling as free slots in the UK or investing. For the general population, the apparent answer to this question would be that it is gambling. Even though several solid facts support this notion, poker gameplay is three-dimensional. Therefore, it is likely that poker players do not intuitively see things the same way. This notion weighs on two sides of a weighing scale with the arguments being:

In terms of the law governing casinos in many regions, poker is considered gambling. However, the debate of its true nature is continuously fueled by the numerous ways in which the facts can be presented.

Poker as a Game of Chance

The argument that playing poker is gambling stands on both facts and some flaws. In the English language, gambling is defined as the act of placing money or other stakes in a game of chance. With this definition, poker can be defined as a gambling game rather than an investment. However, this statement is only partly true. The idea of poker being a gambling game and investment is neither wholly wrong nor right on either side. Poker cannot be defined as a game of chance or skill entirely unless when considering specific circumstances or steps in the game.

The idea of playing poker being gambling is first supported by the fact that cards are dealt at random. This includes the cards in the player’s hand, those held by the opponent, and the ones that make up the community cards. There is no way to tell the kind of cards that will be handed out, and those that you end up with are dependent on luck. Once this point of gameplay is passed, the decisions that influence how the game proceeds lie entirely in the hands of the gamer. The choices determine when gamblers win more, lose less, or collect the final pot. The ability to make such decisions depends on skill.

The element of chance can be compared to other sports such as football. There is no way to tell without a doubt whether a team will win or lose before the game is played. Even so, skill plays a significant role in the results. The little pieces of luck determine whether a player will send the ball to the back of the net, get a yellow card, or end up playing offside. Nevertheless, these pieces of luck do not take away from the fact that the footballers’ skills influence whether they win or not. In other games like chess, little to no chance is involved since the player’s skill influences every move. Even so, a small portion of luck is included.

Accordingly, it is futile to try and place every game in ether category or determine the percentage of luck and skill that can be used in a game. Even if poker does meet the specific definition of gambling, it cannot be ruled out as an investment as well.

Poker as an Investment

Most professional poker players would consider poker as more of an investment than a gambling game. In poker series around the world, some punters have proved this point by winning millions of dollars over and over by applying skill against weaker gamblers.

When taking poker at face value, it meets the criteria for operating on the rules of chance. In the long run, cash will be won and lost, which is what even the most successful of poker gamers understand. Even so, playing poker as an investment is not based on the notion of winning every hand. In fact, it operates on the idea of making the player money in the long run without focusing too much on short-term results. The steps that are taken during gameplay result in making as much money as possible when a win comes by and losing as little as possible when given a bad hand. That way, poker is turned into a positive expectation game.

In gambling, the house is known to have a higher edge, which makes nearly all games negative expectation games. The odds are stacked against all punters collectively, which means the house will profit even if a couple of players walk away from the tables richer. In poker, however, the script can be flipped to make one poker player the ultimate winner. This move is made easy by the fact that the game depends on one’s wittiness to beat other gamblers at the table. Thus, poker can be considered an investment due to several factors such as:

It is inconclusive to say that playing poker is either gambling or investing indefinitely. Some elements of the game, such as the dealing of cards, depend on luck, which is gambling. However, the use of skill to win cannot be denied, which means it can be an investment. The placement of the game on either category depends on the gambler engaging it and their skill level in playing the game.