10 Foods You Should Never Let People Eat In Your Car 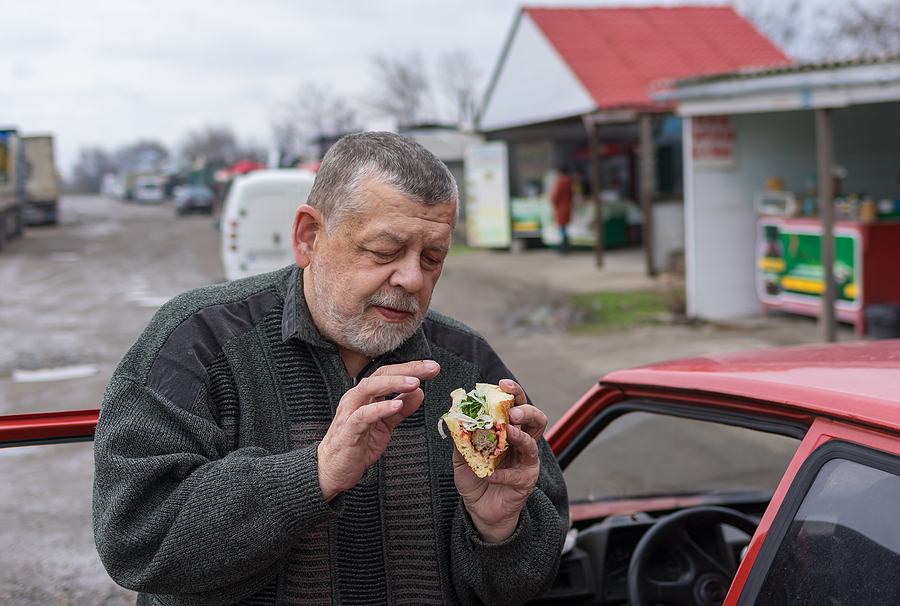 As a guy, there is a good chance you take pride in your car and want to keep it looking and working great. People put a lot of time and money into maintaining their cars. Of course, if you are taking good care of your car, you want to also be able to enjoy it and drive around a lot.

There are few things more fun than ripping around in your car with your friends. Grabbing a bite to eat during these hangout sessions is common, but you need to watch where you go.

That is because there are some foods that you certainly don’t want anyone in your car eating. Thankfully, if someone does make a mess in your car, there are plenty of ways to clean it. Fortador USA wrote in a blog post about steam cleaners, which are certainly an option to consider.

However, it would be easier to simply avoid the mess altogether and save a lot of time. Without any further ado, this blog post is going to touch on a couple of foods that you should never allow anyone to eat inside your car.

While finishing off a cone in the car is fine, if you have a full ice cream cone or treat, it is best to stay out of the car. These things can melt incredibly fast, and leak all over the place. No matter how diligent a person is, there is a good chance they’ll miss a leak and it’ll end up on the seat or somewhere else in your car. Ice cream spills are sticky, and can often leave a lasting stain.

There is a reason why most people have a plate or napkin underneath every time they eat a taco. In most cases, you’ll end up with more contents of the taco on the floor than in your mouth. As a result, eating them in the car is almost guaranteed to lead to lettuce, meat, salsa or guacamole landing on your floors or seats.

Few things sound better than eating a big juicy hamburger, but doing it in a vehicle is a recipe for disaster. Between the juices of the burger, the sauces, as well as the other toppings, you have a lot of different things that could fall off the burger and make a mess. Even smaller and more contained burgers (like McDonalds) are potentially dangerous if they are loaded up with a lot of sauce.

Candy is commonly eaten on road trips, but there are many types of candy that shouldn’t be eaten in the car at all. This is especially true for soft and gummy candy, as it can easily melt and become stuck to the carpet or seats in your car. This will be a nightmare to try and get out, no matter what product is used. Harder candies you can likely get away with, as long as any aren’t left behind on the floor or seats.

If you think of messy finger foods, you likely think of ribs at or near the top of that list. While they are incredibly good, they will leave your passengers fingers a mess of sauce and grease. Anything they touch will immediately be covered in sauce, and will likely stain. While having paper towels can help, it is best not to put it to chance.

Beloved by many, chocolate is another food you should watch to ensure that passengers in your car are not eating. This is especially true on very hot days, as it could melt and simply be a mess to deal with. While some candy-coated chocolates like M&Ms are generally fine, you want to make sure you eat them all as leaving some behind could lead to them melting or being crushed down into your seats.

Coming in hundreds of different varieties, soup is an incredibly popular dish. However, we can’t think of many foods that are worse to eat in the car. Trying to scoop out some soup out of a bowl with a spoon while on a bumpy road is a surefire way to lead to spills all over your car. Even if you are drinking your soup from a to-go container, bumps can still lead to the soup spilling out.

Pizza is another one that you want to keep your friends from eating in the back seat. It is full of grease, cheese and potentially dozens of other toppings that could make a mess all over your car. It often takes two hands to eat, so it should especially never be eaten by the driver, as it could lead to a mess or worse, an accident. If you (or your friends) are craving pizza in the car, consider getting calzones instead. They are much less messy and easier to hold while in a car.

The staple of any fast food meal, french fries are probably among the most common items for friends to eat in the car while you’re driving. Unfortunately, they too aren’t a great option in the car. They are quite greasy, and grease doesn’t often mix well with the upholstery of your car. This is especially true if you have leather seats. The grease from fries and other greasy foods is notoriously hard for getting out of leather. Also, it is very easy for a fry to drop and get lodged somewhere in your car.

While it isn’t technically food, it still deserves a mention. Coffee is consumed by millions of Americans every day, and it is safe to assume plenty of them are drinking it inside a vehicle. However, this is generally not a good idea. Not only can coffee spills stain your car, but coffee is normally quite hot, and spilling it on yourself or someone else can often lead to accidents caused by the shock and distraction. If it has a lid, it’s better, but you still need to be careful.

In conclusion, all of these foods should be avoided in the car, unless you want a big mess or lingering smells.