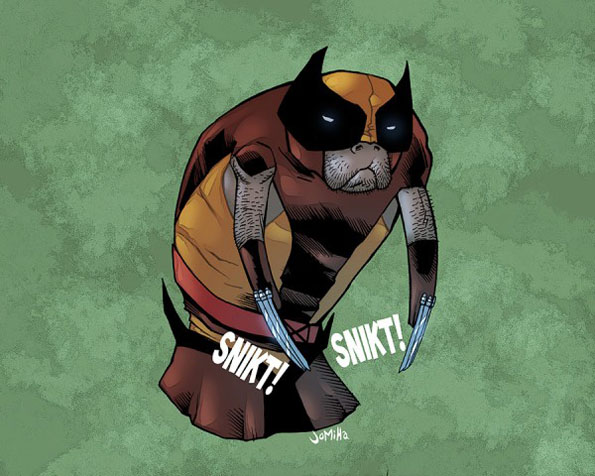 Artist Joel Micah Harris created this series of digital illustrations featuring X-Manatees. That’s X-Men as manatees, btw. NOT manatees that have since left behind their manatee ways, making them EX-Manatees. Why would a manatee want to be anything but a manatee? I don’t know. They’re the true mermaids of the sea! And if there’s one thing I know about mermaids, it’s that my boyfriend wants to marry one. Don’t think for a second I haven’t tried to track down King Triton, Ursula, ANYONE who could possibly turn these legs into flippers. Hell, I even asked Scuttle to help me out and you know what he said? He handed me a taco shell and told me it was a hat. That dude is useless! I mean, hilarious, but yeah, super useless.