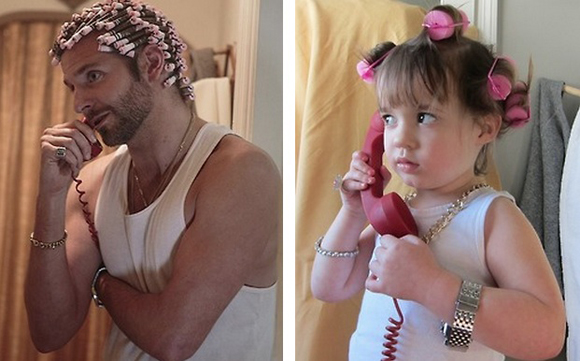 What did your kids do today? A few puzzles. Some nose picking. Lots and lots of spilling? Yea, mine too. These sisters took advantage of awards season and got to work. Well, at least their mom Maggie Storino did. The Chicago girls probably had fun. Sophia (age 3) and Sadie (age 2), recreated scenes from the nine Oscar-nominated films, which include American Hustle, The Wolf of Wall Street and 12 Years a Slave. 2013’s contenders aren’t the first round of photos they’ve done, the family has a Tumblr where previous projects can be found.