This Wedding Had a Unicorn That Shoots Flames and Pees Lemonade 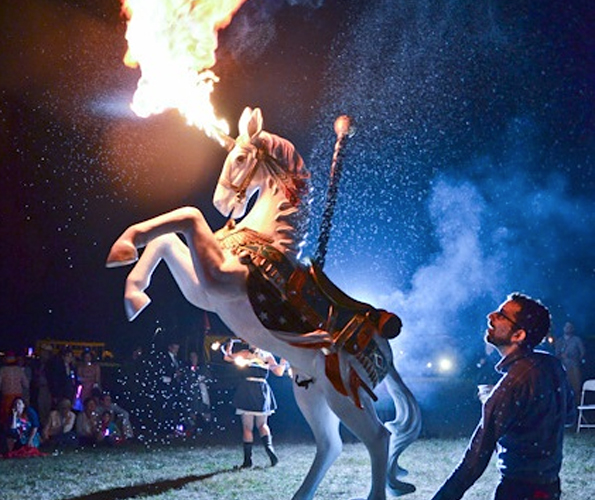 You know, I used to think a wedding was awesome if they had sliders during cocktail hour and played video game music during the ceremony but my standards have gotten much higher. Now if a wedding ceremony doesn’t have sword fights or at least one superhero cameo, I’m not impressed. So what’s the new standard for judging the reception? Whether or not is has a unicorn that shoots flames out of its horn and pees lemonade, obviously. Anna Schumacher met her husband at burning man, which makes you go “Oooooh, that makes sense.” Oh and BTW, the unicorn’s name is Katy Perry and she also sneezes glitter.