T-Rex Trying (And Succeeding) To Make A Book 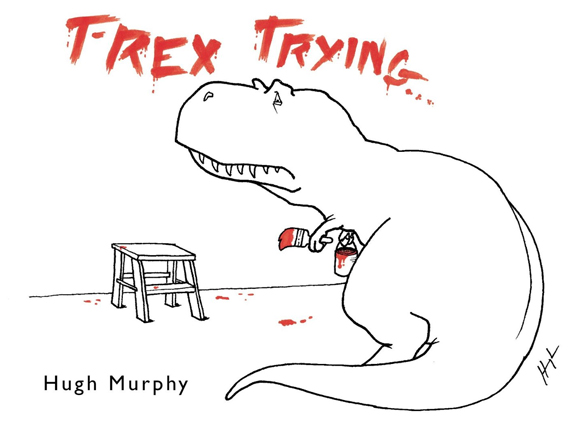 Poor T-Rex. He may look great in any outfit, but he sure sucks at doing things that require arms. In case you’re not familiar with it, the Tumblr blog T-Rex Trying features illustrations by Hugh Murphy of a T-Rex trying to do every day stuff that most of us take for granted. You know, stuff like turning off a ceiling fan, or playing the bongos. And now, because every good Tumblr deserves a book deal, you can enjoy more T-Rex Trying in book form. The book features 100 drawings of T-Rex trying (and failing) to do stuff like paint his house, use a drive-through ATM, and ask for more TP from the next stall over.