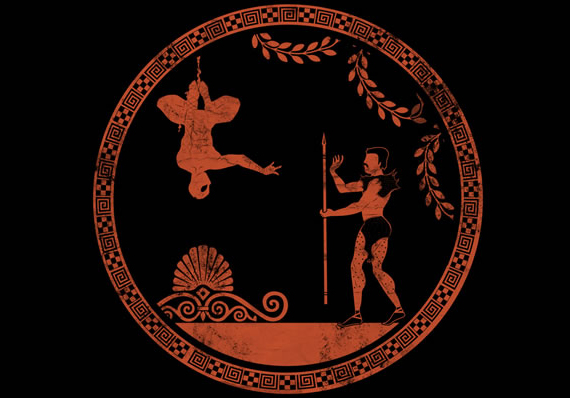 If you think about it, today’s superheroes really aren’t that different from the heroes in ancient Greek mythology. They have crazy powers, complicated love lives, and ridiculous outfits. Some of them even have an Achilles heel like Kryptonite or hot chicks in catsuits. Artist Nicholas Hyde (aka Harshness) saw the parallels and decided to create prints featuring comic book heroes in the style of ancient Greek pottery. The scenes look very similar to the kind of stuff you’d see of Greek heroes like Hercules, Achilles, or Perseus, except with Batman, Spider-Man, and Thor. Hyde sells prints of the series (as well as a ton of other cool pieces) at his etsy shop Harshness.