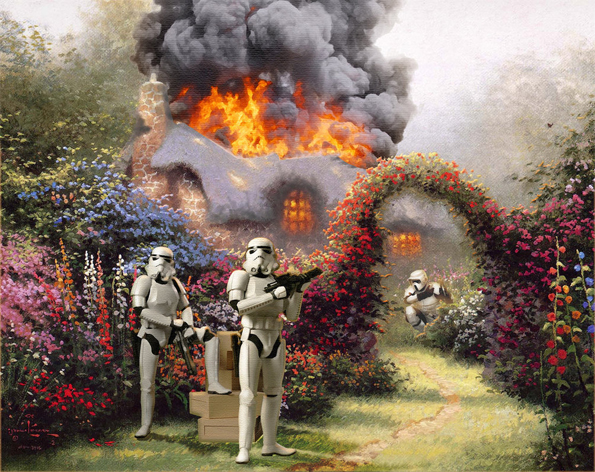 Thomas Kinkade, he’s kinda like the Jar Jar Binks of the art world—everyone knows him, no one likes him, but for some reason there’s still a bunch of merchandise. Artist Jeff Bennett decided to make Kinkade’s pretty, yet excruciatingly dull paintings a lot more interesting by adding stuff from Star Wars in a series he calls “Wars on Kinkade.” Now the paintings feature more than serene little cottages tucked away in the woods with no apparent light source or focal point—they’ve got At-Ats and Stormtroopers and other cool Star Wars stuff! Check out the whole series on Bennett’s Deviant Art page.