How To Eat In Other Languages 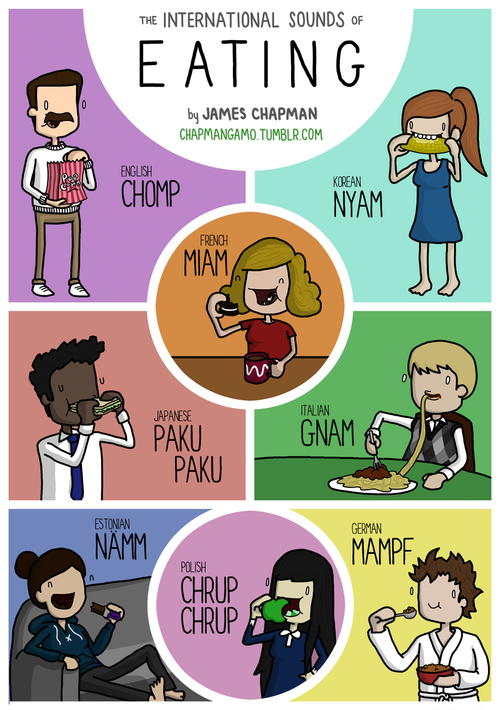 Remember when we learned how people sneeze in other languages? Me too. I tried them all out and decided that the Polish way makes no damn sense. Now cartoonist James Chapman is back with a new infographic showing how to eat in other languages. Like, the sound of eating. English speakers are all “CHOMP,” Italians are like “GNAM,” and the Poles say “CHRUP CHRUP!” Okay, y’all people are legit crazy. To be honest, I thought “OM NOM NOM” was used internationally across the board. In fact, up until now I believed that “OM NOM NOM” was universal. You know, like aliens and stuff.

BONUS: how to drink in other languages. To quinch your thirst for knowledge or whatever.