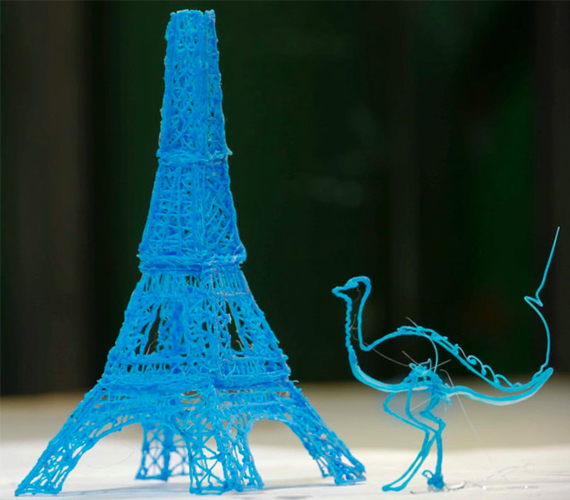 3D printing is old news. The kids these days are 3D drawing. (Apparently.) The 3Doodler pen doesn’t require any knowledge of 3D modeling software or an expensive 3D printer. All you need is some level of artistic ability, a few spools of ABS or PLA plastic, and the pen itself. It works on surfaces or in the air, adding another dimension to all of your doodles. The other dimension being depth, not like time or dimension X or whatever. But you could use it to 3D draw Krang from dimension X, and it would take a lot of time, so actually those work too.