A Bridge Supsended By Balloons 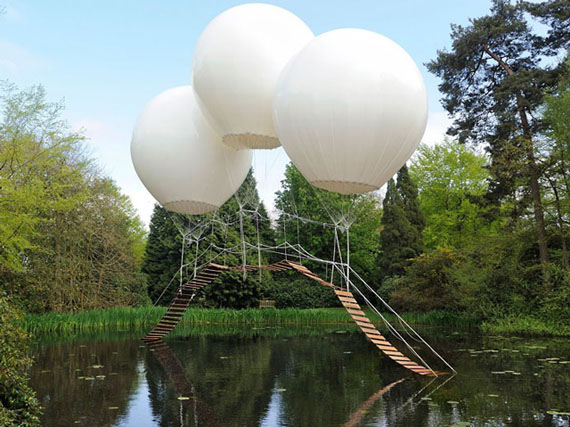 ‘Pont de Signe’ is a bridge suspended by three big-ass helium balloons. It’s an art installment made by Artist Olivier Grossetête and originally shown at the 2012 Tatton Park Biennial. This thing seriously looks straight out of my magical, whimsical dreams. NOT my horiffiying, disturbing nightmares. Those are totally different. Less ballon floating bridges and more kittens in a fire tornado. *shudders* It’s one or the other. And usually it’s the other.